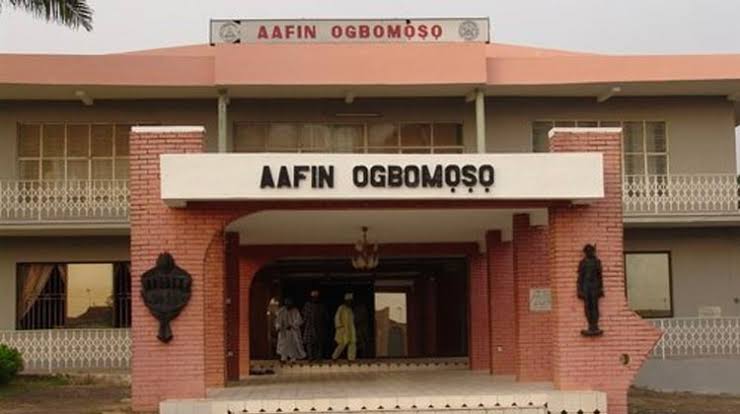 A yet-to-be identified man has been reportedly arrested for an attempt to break into Soun’s Palace to steal crown.

Mouthpiece NGR gathered that the man has already been handled over to the Nigerian Police for further investigation on the issue.

It was learnt that Palace aides and security agents had hectic time overpowering the man, whose nickname was given as Ajanlekoko, but this was after he had broken two teeth of a palace chief, Aremole, Chief Sheu Ayinla.

Ajanlekoko also broke the glass to the entrance of the palace court as well as a bullet proof door with his bare knuckles.

The man believed to be mentally deranged, strong and hefty in build, was reported to have scaled the fence, and made straight for the palace chamber. He was challenged to state his mission but instead he attacked the person who challenged him – Aremole, Chief Ayinla, who is well above seventy years.

The assailant pinned Aremole to the ground and started hitting him mercilessly with blows; he then dashed forward and started raining hard blows on the huge doors made of glass to gain entrance into the court, so he could sit on the throne. He was said to have been shouting that he must sit on the throne right away.

The glass shattered but the burglar proof held and he moved round the building to try another door, said to be bullet proof, he hit that one too, which he also tore down with blows.

According to an eyewitness, “The man was shouting, ‘I must sit on that throne today I am your next Oba, you have no Oba, I am your new Oba, where is the crown?’ He broke the glass to the palace with blows but the iron bars prevented him from gaining access, he then tried a back door, which he also pulverized with his bare hands.”

When journalists arrived at the scene, the glass to the palace court was all shattered as well as the backdoor’s glasses, splinters littering the floor, with bloodstains all over the doors and splattered on the floor.

The intruder meanwhile was stark naked, tied and lay prostrate on the ground outside the palace with bruises on his head and body.

It was learnt that the people were about lynching him when members of Ogbomoso Community Youth Forum (OCYF) arrived at the scene and prevailed on the mob not to subject him to jungle justice.

Members of the OCYF subsequently, upon being told, went to look for his people behind Kraal, Sabo, to inform them of the vile action of their son.