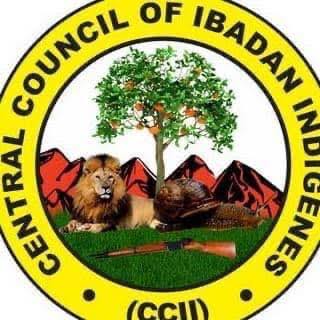 A group of professionals from Ibadan named ‘Ibadan Independent Professionals Group’ has raised alarm that some individuals including politicians are making efforts to drag the prestigious institution of the Olubadan of Ibadanland and the Central Council of Ibadan Indigenes into the murky water of partisan politics over the nomination of a candidate for the Oyo South Senatorial district by the People’s Democratic Party.

The Group in a statement signed by its publicity secretary, Chief Olalere Kareem, noted that some people are planning to use the CCII to launch a protest on the nomination saying that it was wrong for the party not to have allowed Senator Kola Balogun the incumbent Senator and younger brother of the newly installed Olubadan to run for a second term.

The Group sees this as an “uncharitable attempt to drag the CCII and the Olubadan into partisan politics and thus ignite a process of divisions among Ibadans and ridicule for the culturally important institutions”.

The Group warned the CCII leadership not to allow themselves to be used as a platform for politicians to pursue their interests.  “Failure to insulate CCII from partisan politics will bring its leaders to opprobrium and avoidable ridicule”.

The Group noted that the current Olubadan is highly cerebral and being a former politician, he knows that it is the perogative of political parties to chose their candidates. “We hereby most humbly appeal to Kabiyesi to call to order  the leaders of CCII and other collaborators to stop throwing the Olubadan’s name into partisan political matters. Baba is the father of all”. The Group prayed for Kabiyesi’s reign to be long and peaceful.