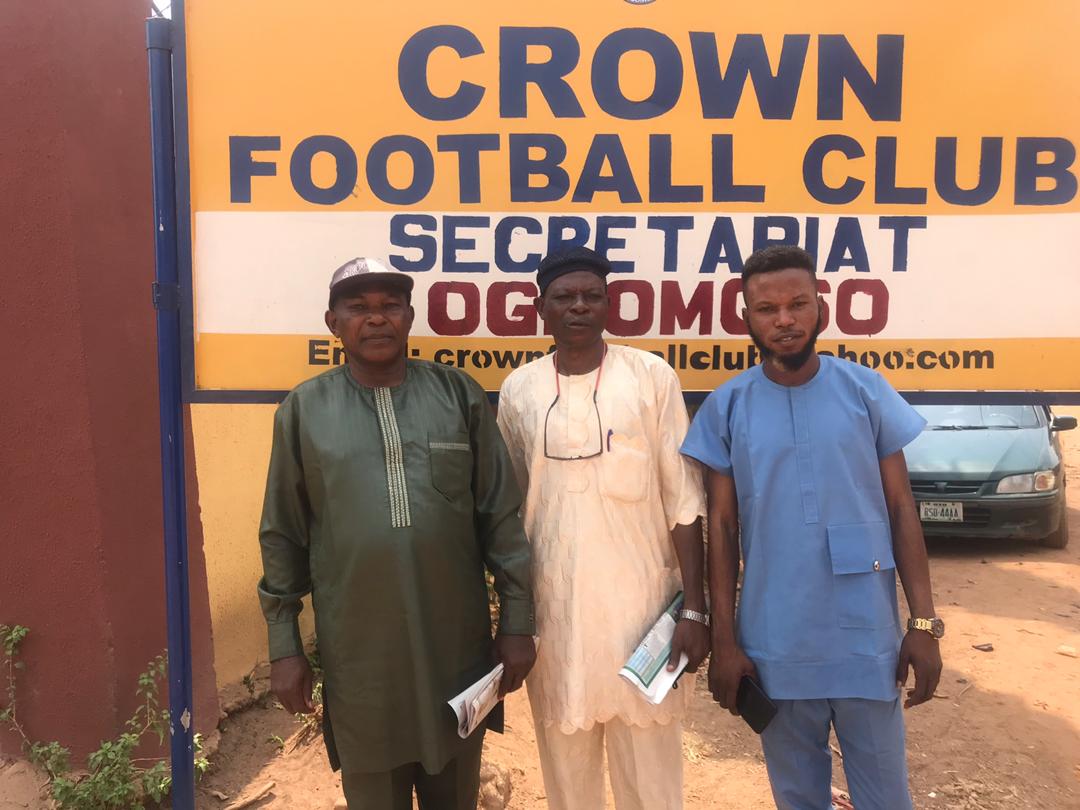 About four people in different local governments in Ogbomoso have officially received their appointment letters at Crown Foot-ball Club.

Recall Mouthpiece NGR had reported that 8 persons from Ogbomoso were invited last year November for an interview at the Hon. Commissioner’s office in Ibadan to occupy various offices at the Football club.

Among those who have received their own letter of appointment include Abodunrin Noah from Orire Local Government and Mr Alagbe Amos from Ogbomoso North.

Noah was a former member of Nigeria police force and served for 35 years as deputy Supretedent of police. He Served in different states during his service year which include Cross-river, Benin, Abuja, Lagos, Ibadan.

Speaking with Mouthpiece NGR, Abodurin thanked Governor Makinde for the opportunity given to him to serve and prayed God should continue to guide him.

He said he will give his Excellency the necessary support to deliver and continue to serve his father’s land.

Noah promised to do his best and to support the football team especially in the security aspect which is a major challenge in the country.

He specially thanked Hon. Segun Ogunwuyi and others who made the appointment possible.

In his words, Alagbe Amos prayed that Crown FC will be promoted this year to premiership as he has done in the past year.

Amos concluded by thanking the Governor as well as expressing gratitude to Alhaja Mulikat for nominating him including others who made it possible.