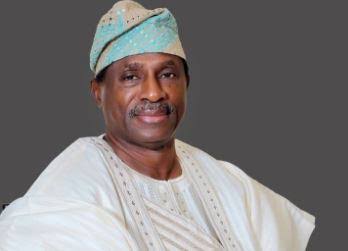 Lanhelin had in a rejoinder said that the allegations leveled against him are nothing but a contraption of barefaced lies, accumulated untruths and phony details.

He further said that he leave Arapaja to his conscience.

But reacting to the statement, Arapaja said Lanlehin’s profession as a legal practitioner is questionable if truly truly the response is at the behest of him.

He stated this on Saturday evening in a statement made available to Mouthpiece NGR by his spokesman, Bamitale Ibrahim.

According to the statement, if the ambassador’s allegations are “spurious”  as Lanleyin claimed, then he should come out of his hiding and defend himself.

The statement read in part: “Ambassador Arapaja made an exposition into what transpired in the hey-days of ADC and cited credible witnesses like chief Micheal koleosho, Chief Ayo Adebanjo and late Chief Ashiru kusamotu who were notable leaders in ADC.”

“Leaving Arapaja to his conscience is tauntamount to defeatism. One of the principle of natural justice says “Audi alteram partem” “meaning let the other side be heard as well”.

“Arapaja has charged lanleyin to a court of public opinion. It is only appropriate for him to respond to the charges.”

“The insinuation of lanleyin that Arapaja’s comment about him “is a bid to satisfy his new pay Master” is quite unfortunate and laughable. If Makinde is a paymaster to any one in a negative sense at all, it was lanleyin.”

“If becoming a meritorious pensioner during this regime is what made Makinde a paymaster to Arapaja in lanleyin’s myopic view, then he should be ready to say so to all past Governor and Deputies who are equally pensioners in Oyo state because seyi makinde pays all today.”

“The tell-tale sign of lanleyin’s defective leadership manifested recently, when one of his most loyal aide’s in person of Sunday babatunde dumped him for lack of direction and join Arapaja’s train . He is a bonafide member of PDP today.”

“We advise lanleyin and his cabal to retrace their steps and embrace the political gospel truth”, the statement added.