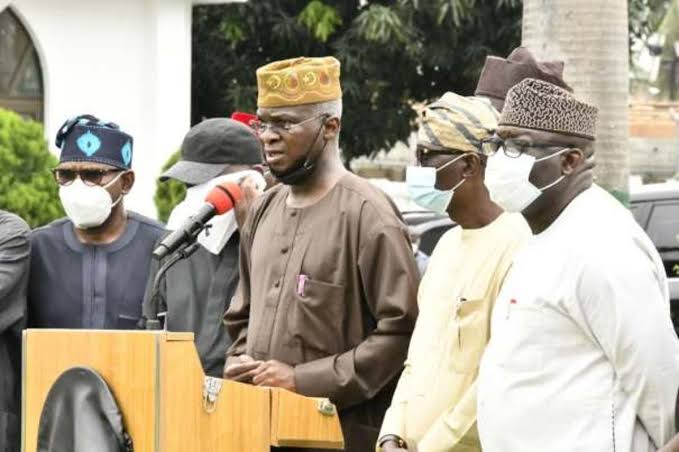 Babatunde Fashola, minister of works and housing, on Sunday, found a camera at the scene of the shooting in the Lekki area of Lagos state.

The Cable reports that Fashola found the device while on tour of the place where #EndSARS protesters demonstrated for 13 days before they were forcefully dispersed.

On Tuesday, men in army uniform invaded the Lekki toll plaza and shot at the peaceful protesters.

There has been a controversy over casualty figures.

On Sunday, ministers and governors from the south-west made an on-the-spot assessment of some of the places vandalised during the violence that trailed the #EndSARS protest.

It was during the visit that Fashola found the camera which he said must have been planted by “some subversive elements”.

The minister picked up the device with a handkerchief and handed it over to Babajide Sanwo-Olu, governor of Lagos.

President Muhammadu Buhari appointed him a minister when he finished his two terms as governor and he was reappointed in 2019.