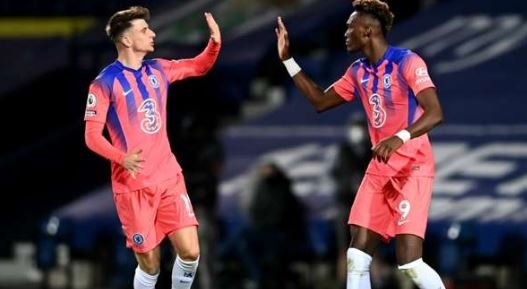 Tammy Abraham scored a stoppage-time equaliser to complete an incredible comeback and rescue a point for Chelsea at West Bromwich Albion after they had trailed 3-0 at half-time.

The new-look Blues – comfortably beaten by Liverpool last week – were in self-destruct mode in the first half as they found themselves three-goals down at half-time.

Mendy was not available to feature against West Brom, so Lampard opted to pick Argentine veteran Caballero, who had also started Chelsea’s midweek League Cup win over Barnsley.

Kepa paid the price for costly mistakes that led to goals in Chelsea’s first two Premier League games this season against Brighton and Liverpool.

The 25-year-old was also dropped twice by Lampard last season after a series of high-profile blunders.

Kepa, named as one of the Blues’ substitutes against West Brom, could leave Chelsea on loan before the transfer window closes in October.

That would be an ignominious fall from grace for a player who became the world’s most expensive keeper when he joined Chelsea from Athletic Bilbao for £72 million ($91 million) in 2018.