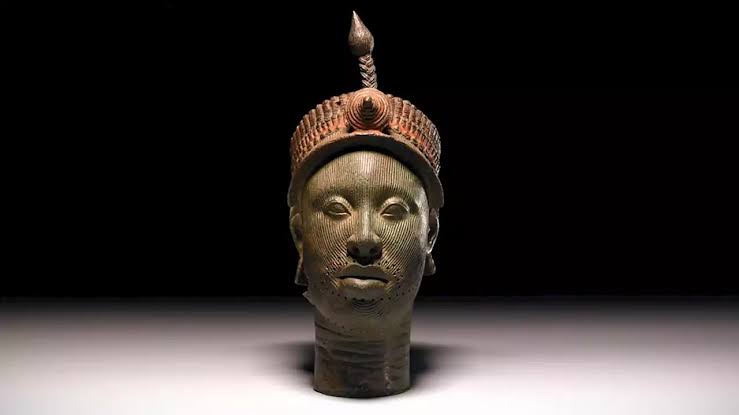 Yoruba leaders across states where there are indigenous Yoruba in Nigeria are sharply divided over the appropriateness of the agitation for Oduduwa Republic. They were particularly on different pages with promoters of the self-determination agenda, insisting that what the ethnic group needs is restructuring and not an autonomous country. Drawn from the six South-West states including Kwara and Kogi states where a sizable number of indigenous Yoruba are found, the leaders said the agitation for secession affirms that Nigeria is long due for restructuring.

Prof Banji Akintoye-led Yoruba World Congress, YWC, Dr.Shina Okanlomo’s Yoruba One Voice, YOV, and other affiliate Yoruba groups are spearheading the move, which seems to be gaining traction lately. The consensus among the pro-secessionists bodies is that Nigeria has failed the Yoruba nation, hence the calls for autonomy.

“We only want Oduduwa Republic and that is all. To everyone accusing other tribes, please, stop it, that may bring crisis in the cause of our struggle,” Akintoye said recently. Specifically, a rally has been scheduled by YOV to hold on October 1, 2020, which incidentally, is Nigeria’s 60th independence anniversary. According to YOV, which described itself as the umbrella group of 300 associations of Yoruba descendants in the world, the rally was designed to draw global attention to the need to “liberate Yoruba race.”

Already, the proposed event has attracted the sympathy of Mazi Nnamdi Kanu-led Indigenous People of Biafra, IPoB. Kanu had asked IPoB members to sit at home on October 1,in solidarity with the Yoruba self-determination rally. However, speaking to Sunday Vanguard on the development, Secretary-General, Yoruba Council of Elders, YCE, Dr. Kunle Olajide, said there is no consensus among the Yoruba on secession.

Why Yoruba are angry—

YCE His words: “I have not seen any Yoruba Oba who supports self-determination.

Olubadan was the only one at that Ibadan conference and he was represented by High Chief Lakan Balogun. And Lekan Balogun only pleaded for unity and peace among the Yoruba. He did not preach self-determination. “Akintoye believes he can achieve self-determination peacefully, but I don’t know how he wants to go about it. He is yet to seek the consensus of the Yoruba nation. He must seek their consent. For example, Lagos State indigenes believe they are not Oduduwa. The same thing applies Awujale of Ijebuland, who claimed they, Ijebu, come from Wadai. “I think the best thing he needs to do is to seek consensus of the Yoruba nation. And there are quite a significant number of Yoruba leaders who believe we can still achieve a restructured Nigeria. “I do not know what they mean by autonomy. What we need as a country is truly a restructured Nigeria. “Yoruba leaders have made tremendous sacrifices for the unity of this country. We do not feel the country should disintegrate evenif it is through peaceful means.

“We need a larger forum involving all our Obas to seek their opinion if at all we consider it very necessary. The Yoruba are justifiably angry about the price they have paid for Nigeria and what we have faced unjustly. To the best of my knowledge, there are my Yoruba leaders who still believe this country can be rescued because of the benefits that will accrue to all parts. There is no part of the country that is happy with the state of the nation today. Even the North appears to be most unsafe in thecountry today.

Unfortunately, the federal government has done more harm to the mutual bond that existed among Nigerians.”

Oke A former Secretary of Afenifere in Kwara State, ChiefWole Oke, differed, saying the Yoruba deserve an independent country. Speaking with Sunday Vanguard in Ilorin, he said:”We have abundant resources that can sustain us as a country. The Yoruba in this country deserve to have their country. There are so many countries across the world today that are not even up to half of our population and are doing well. I don’t have any doubt in my mind about our survival as Yoruba nation.

Today, the imperativeness of our exit from Nigeria is obvious,especially considering that the Fulani have taken over Nigeria. There is no other time for Yoruba to pull out of Nigeria but now” Lending his voice, Publicity Secretary of Afenifere,Yinka Odumakin, said: “ The self-determination mood is growing stronger daily. What can stop it is to restructure Nigeria into a proper federation immediately.”

Self-determination not position of Yoruba—

Okoromu On his part, elder statesman, Sen. Femi Okoromu, said:”The agitation by Akintoye-led Yoruba World Congress (YWC) for autonomous federation is not the consensus of the Yoruba as a whole. There are many agitations by different groups who feel frustrated that Nigeria is not listening to their cry for restructuring. All the agitations are expressions of frustration that Nigeria is not willing to restructure. What they really want is restructuring. “Autonomy for each of the regions is part of the restructuring. It is not only Yoruba that are agitating for autonomy.

Everybody who wants restructuring is agitating for the autonomy of the various components of Nigeria.”

Babatope Toeing the same line, a former Minister ofTransportation, Chief Ebenezer Babatope, said the call for the breakup of Nigeria is against the ideals of the late Yoruba leader, Chief Obafemi Awolowo. He said: “Those of us including Professor Banji Akintoye know that if Baba Awolowo was alive he would never call for the break up of Nigeria. All we want is a proper definition of the federalism we operate. Those that are calling for restructuring are right. Calling for Oduduwa Republic ispremature. We haven’t gotten to that stage. When we get to that stage, all ofus in Nigeria will agree. If we are going to have an Oduduwa republic, it willcome from the elements who don’t want proper federation.”

Secession call is invitation to chaos —

Farounmbi A former envoy to Philippine, Ambassador Yemi Farounmbi,described the call for Oduduwa Republic as invitation chaos. He said, “First, people must agree to have Oduduwa Republic. That means they must have had a referendum or something similar. I am not aware that has been done. I am not aware if anyone was given the mandate to demand such. I am aware of people clamouring for the restructuring of Nigeria,but not the disintegration of Nigeria for the emergence of Oduduwa Republic. Iam not aware that anybody has been authorised to demand an action that could lead to the massacre of our youths. I am not aware that anybody has beenauthorised to make a decision that could lead to “python dance” in Yorubaland. It is not a sensitive thing for a leader to do. “What people are saying is for us to go back to a structured Nigeria where power was decentralized. If we can do that, maybe we would minimise the agitation for the disintegration of Nigeria.

“We need autonomy, not independence—

Ebiseni Speaking, a former governorship aspirant in Ondo State,Chief Olusola Ebiseni, said the agitations for self-determination are indications of leadership failure. He said: “The clamour for a sovereign Yoruba nation, in the South-West, just like the Biafra agitation in the South-East, is what youget when the leadership of a nation remains impervious to the clamours for social change.

(2) I believe in the corporate existence of Nigeria as a federal state in which the constituent federating ethnic nationalities will have elastic autonomy to meet their peculiar needs. That will not necessarily break the union but enhance its health. Nigerians are so interwoven, so are the constituent English, Welsh, Irish and Scots of the United Kingdom and the nationalities of the former USSR. By our deliberate indifference, the present situation is beyond the agitation for restructuring even as contained in the 2014 National Conference Resolutions and the report of the El-Rufai-led APC Committee, which essentially reproduced the Confab resolutions. However, it is a good place to start and urgently. Otherwise, the unfortunate signs now appear to favour Kennedy’s prediction that those who make peaceful change impossible make violent revolution inevitable.”

Fadaka Former South West Publicity Secretary of PDP, Ayo Fadaka:”These agitations are premised on the flawed federalism practiced inNigeria. On Yoruba agitation, there are still some issues that must be determined by the Yoruba people.” On his part, Comrade Mashood Erubami said: “If Yoruba feel any sense of injustice and ask for independence, they should be given.What I don’t support is the call by some people that we would get it through war. We should seek self-determination logically.”

We won’t tolerate public disorder in the name ofagitation—

Agbekoya Also, Agbekoya Farmers Society of Nigeria, a guild of farmers in the South-West, pledged to support Yoruba interests constitutionally. This was disclosed in a statement made available to Sunday Vanguard by Chief Kamorudeen Okikiola and Chief Olatunji Bandele, President-General and National Publicity Secretary respectively.

“There can be no Oduduwa without Agbekoya and there canbe no Agbekoya without Oduduwa. Therefore, Agbekoya’s position is that as muchas we are supporting the interests of Oduduwa, we are advocating for a legal and constitutional approach that will not involve violence and disturbance ofpublic peace. We are against any group that intends to cause public unrest anddisorder, all in the name of agitation for a republic. The President General also called on the different groups in Yoruba land, notable Yoruba leaders,traditional rulers, politicians, eminent Yoruba sons and daughters to rise on this issue to secure our fatherland. We believe that Yoruba people are sophisticated, educated, and well exposed enough to fashion out ways of resolving issues affecting Yorubaland.

“Giving his perspective, President General of the Federation of Yoruba Consciousness and Culture, FYCC, Bashorun Adeshokan, said the call for self-determination is in order. He said: “Our traditional rulers, most of them are tired of Nigeria because many of their subjects are being killed daily. “Our traditional rulers can’t talk. In a situation like this, we need somebody who can speak the mind of our kings and people. YWC through its leader, Professor Banji Akintoye, has provided the voice. Agitation for Oodua nation did not start yesterday, we have been on this for more than 30years.”

Similarly, President-General of Okun Unity Union, OUU, Chief Bamidele Ariyo, said: “Yoruba as a sophisticated race, deserve a better deal in Nigeria. However, wemust ensure that we are guided by the constitution of Nigeria.” Urhobo territories Speaking on the inclusion of Delta State in the map of the proposed Oduduwa Republic, a former Editorial Board Chairman of Guardian Newspapers, Professor Godini Darah, said Yorubaland does not extend to the state. He said: “The inclusion in the maps of the Oduduwa Republic of Urhobo territories in Warri South, Uvwie, Udu, Okpe, Sapele and Ethiope West councils is a declaration of war of aggression against Urhobo people. Yoruba or Oduduwa land does not extend to any part of Delta State. I have always alerted Yoruba leaders to this act of provocation and reckless impunity. Yet the advocates of the Oduduwa project have persisted in their imperialist plot. Appropriate Urhobo organs and institutions are prepared to defend our lands against aggressors from Oduduwa or any other part of Nigeria.”

Homogeneity Giving his personal view on the issue, a chieftain ofIstekiri Leaders of Thought, ILoT, Mr. Sunny Mene, said: “I cannot speak for the whole of Delta State on the demand for Oduduwa Republic. However, as an Itsekiri person, I believe that what we have today is not the best for the Itsekiri nation. ”I am a believer in the federating units based on linguistic homogeneity as advocated by Chief Obafemi Awolowo of blessed memory.Under the United Nations Charter on rights of ethnic nationalities to self-determination, it is within the rights of the Yoruba people, as with other nations to seek self-determination. The ILoT will issue a statement tomorrow after its meeting.”