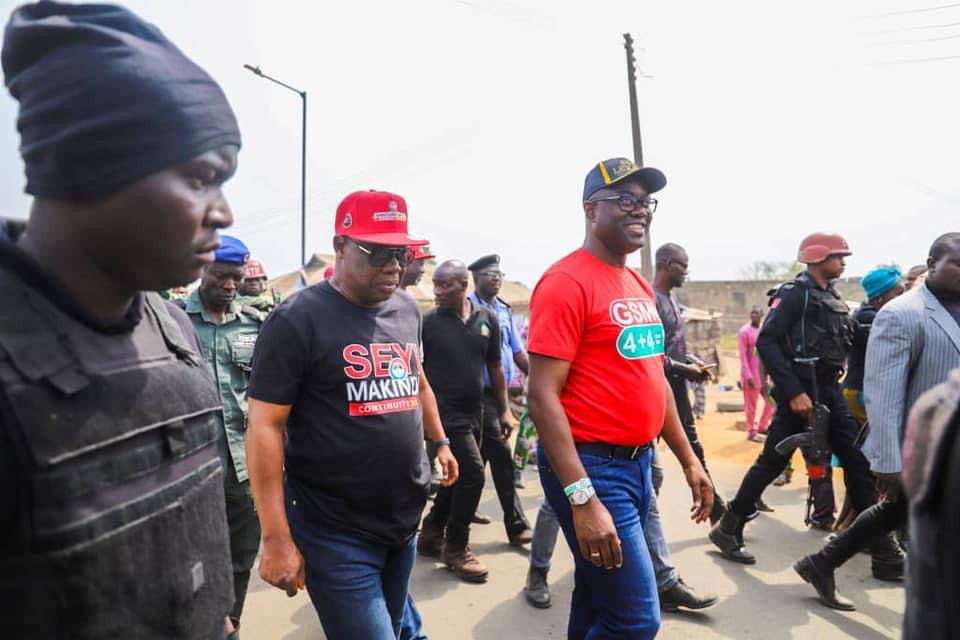 The governor of Oyo state, Seyi Makinde has urged pastors in Kishi town to mobilize their church members en-mass to vote for his re-election and other PDP candidates in the forthcoming 2023 general election for continuous development of the town.

Makinde made the plea on Monday during the PDP campaign rally and engagement tour with pastors and other Christian faithful at First Baptist Church, Konjunko, Ajegunle, Kishi.

He said the Peoples Democratic Party is standing a chance to win convincingly in the upcoming election with the inclusion of a former APC Chieftain, J.S Amodu into the PDP folds as well as picking their son, Barrister Abdul-raheem Adebayo Lawal as his running mate.

According to him, it is only in Irepo Local Government that I lost with 600 votes, but today, I and J.S Amodu are in the same party.

“We fought last time such that he told me that I will lose in the local government unless I pick a son of the soil as a running mate, and today, I am running with Barrister Bayo Lawal and we are both in the same party.

“I want you to come out en mass and vote for Hon. Akinwole Akinwale as Senator, Hussein Ijabah as House of Representatives and Hon. Qaseem Olayanju who is seeking a re-election into the state House of Assembly.”

Makinde, who stated that education was in a state comatose before his assumption to office, said today students are no longer paying education levy and his administration has been able to get 60,000 children back to the classrooom as well as making available of notebooks and exercise books which he promised during the 2019 campaign.

“On issue of security, we have been able to achieve a lot such that Oyo state is having the highest number of Amotekun personnel through out the Southwest.

He added that the expansion of the state’s economy, the health care system, and road linkages across the Oke-ogun all underwent significant efforts in Omituntun 1.0.