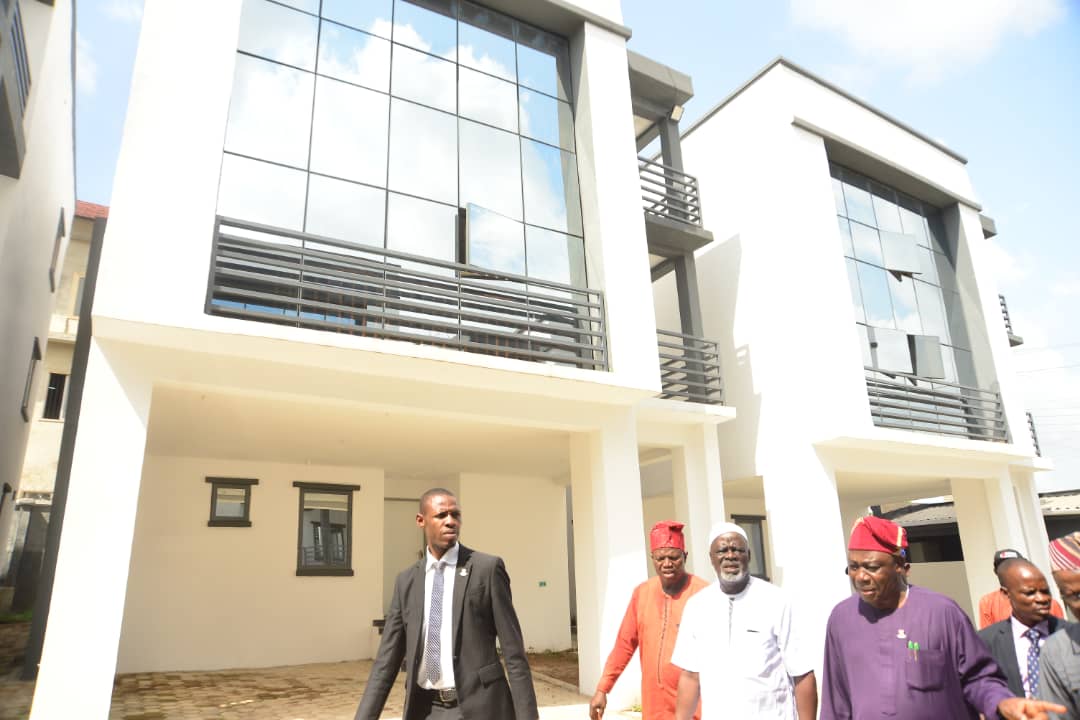 ….orders quick lock up of Housing blocks abused by people of questionable characters

After inspecting the two projects in Old Bodija, Ibadan, the deputy governor of Oyo state, Barrister Abdul-Raheem-Adebayo Lawal, revealed this to reporters on Wednesday.

He expressed satisfaction with the contractors’ work quality and excitement over the speed at which the projects were moving along.

He continued by saying that the scope had been fully covered and that the schedule was being adhered to.

According to Lawal, a serious minded administration is supposed to build houses, provide accommodation and supposed to provide facilities for housing scheme to come up and which make the Housing Corporation to discover that a parcel of lands within the Old Bodja Estate can rarely be turned into a better use.

He mentioned that the 11-unit Wood et’al project was formerly the Housing Corporation’s guesthouse, but it had been long abandoned at to the point where miscreants reside there.

He emphasized that the corporation believed that rather than letting the area continue to deteriorate, something useful can come up there especially with the setting of Bodija estate which is essentially for Housing scheme to sprout by entering a partnership with a developer “Wood et’al” that came with their money and Housing Corporation provided a land with a memorandum of understanding on the project.

Lawal stated that the projects has virtually been completed and one of the advantages of the project for Housing Corporation is by turning the area into a habitable place to stay and to aid the flow of revenue to the cooperation’s covers as well as other subsequent transactions.

He added that the project has also improved overall aesthetic of the Bodija estate and that the corporation also owns one or two other plots that have been converted into a brothel at the entrance of Awolowo Road which was subsequently locked up after the inspection of the properties.

Lawal, who was dissatisfied with the way the building was being used by individuals of questionable character, hinted that about a week ago, at around 11 p.m., he moved out and learned that individuals of dubious character loitered around the area, which was meant to be a residential area and a siren place for people to live there.

“With this 11-unit project, I think decent people will come here because it’s livable and other nice sites we have in Bodija estate will also be turned into beautiful places,”

Lawal added that the Corporation also have package for low income earners in places like Ajooda, Owode and Ejioku, for instance, where they can subscribe to real estate and where housing is very affordable for people to live.

At the Housing Corporation’s guest house around Awolowo junction, the deputy governor expressed displeasure with Platinum’s management, frowning at them for loitering and polluting the area with a prostitution wind as well as warning them that they would face legal action if nothing was done.