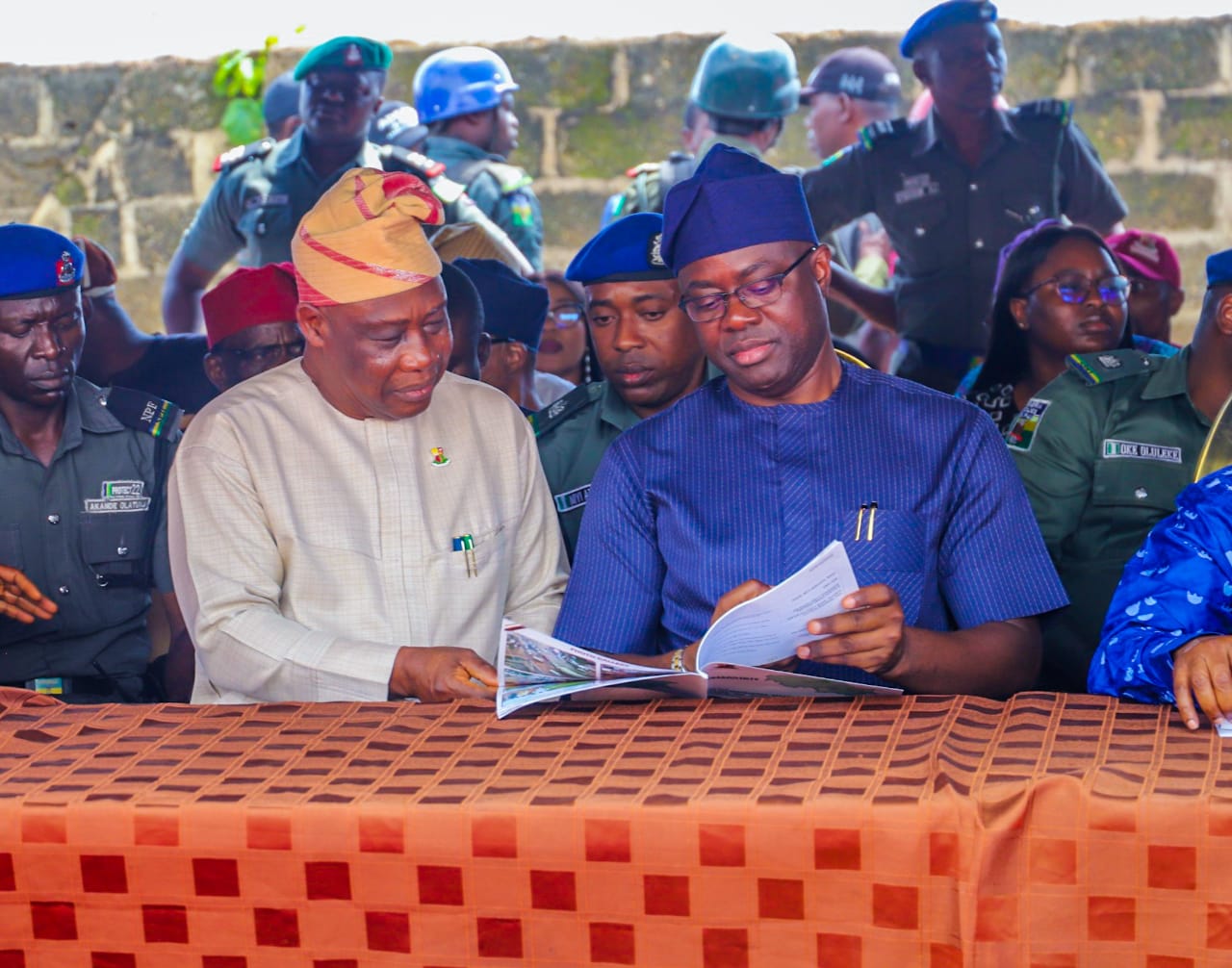 Feelers at Thursday’s flagged-off Reconstruction/Rehabilitation of Ibadan-Iwo-Osogbo 91KM Road have continued in wondering about the exciting remarks made by Governor Makinde when he wanted to recognize the presence of his deputy, Barrister Abdul-raheem Adebayo Lawal, referring to him as his ‘Co-pilot in government’.

The love and smooth relationship that exists between the governor of Oyo state, Seyi Makinde, and his deputy, Bayo Lawal is beyond human understanding or perhaps they both share things in common.

Since his appointment as deputy governor of Oyo state, Makinde, who frequently chooses his words with care and rarely speaks, has been viewed with great excitement and pride at the enormous contributions, dedication, and loyalty to his administration that his deputy has made.

During the introduction today, the governor emphasized that Bayo Lawal, his deputy, is a very capable Co-Pilot of his government and not just a spare tyre.

MOUTHPIECE NGR understands that the governor’s deputy has received similar appraisal before since he was sworn in as the deputy governor of Oyo state, as the governor has consistently made it known that he has an active and obedient deputy governor.

Makinde has not let anybody in doubt as to the capacity and suitability of his deputy. He has continued to see him as trusted ally who is reliable, dependable and good for the task.

As the good people of Oyo State are so eager for the Omituntun 2.0, a strong and cordial relationship between the governor and his deputy is what the state needs right now to advance.

Governor Seyi Makinde’s administration has so far been rated as the best in terms of timely salary payments on the 25th of every month, taking care of the welfare of civil servants and pensioners, infrastructure development, security architecture, growing the state’s economy, adding more health centers, education, among other things.

There is no doubt that everyone in attendance at the Flagg off today will continue to remember the program for the cordial connection between the governor and his deputy, which continues to astound residents of Osun State.