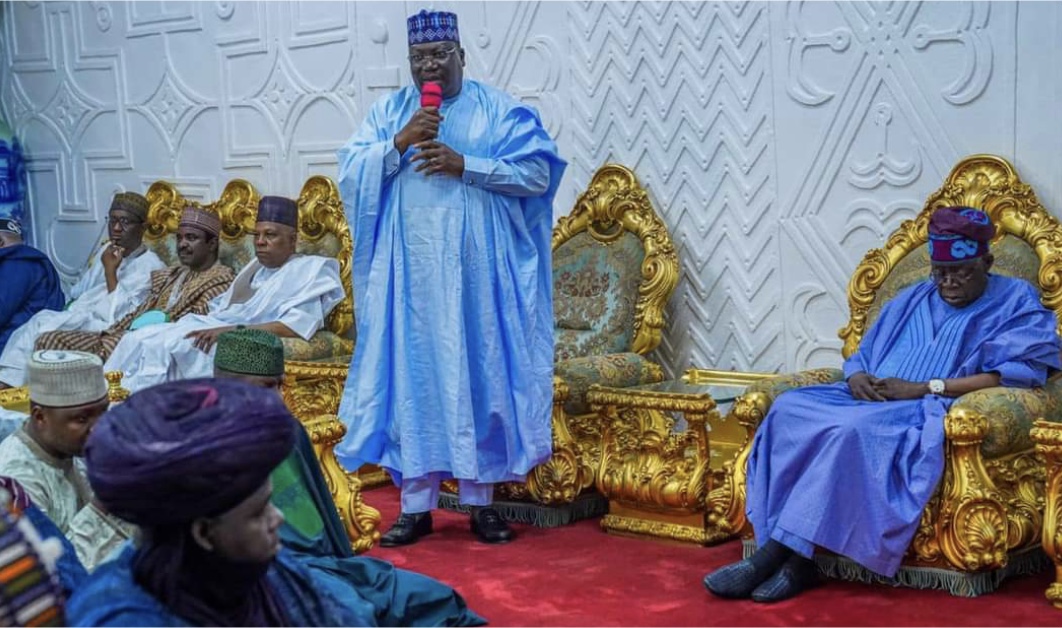 Bola Tinubu, the All Progressives Congress (APC) candidate for president, fell asleep on Saturday at a meeting with Abubakar Shehu-Abubakar, the emir of Gombe, which may further indicate the weakness of his health.

The main reason Mr. Tinubu came in Gombe was to attend the wedding of Misbahu Inuwa Yahaya, the governor’s son. Later, he made a quick visit to the Emir’s Palace for a political meeting and to pay respects, joined by prominent politicians such Senate President Ahmed Lawan and Federal Cabinet Secretary Boss Mustapha.

According to sources on the trip, Mr. Tinubu and his associates were at the palace to ask the supreme northern monarch for support in his bid for the presidency in 2023.

As the meeting began, Mr. Lawan was seen speaking into the microphone while Mr. Tinubu was seen dozing off in the emir’s living room.

Although the reason Mr. Tinubu fell asleep was not immediately clear, there are many theories about the incident circulating on social media. His detractors claim it is yet another sign of his frailty, while his supporters claim he was merely “meditating.”

The campaign of Mr. Tinubu did not immediately respond to a request for comment on the situation, which comes as the opposition ramps up its allegations that the presidential candidate for the ruling party has been dealing with major health issues.

In recent months, Mr. Tinubu, 70, has been observed making illogical comments or falling over in public.

He has, however downplayed public concerns about his health, claiming that a president needs to be more intelligent than physically strong.