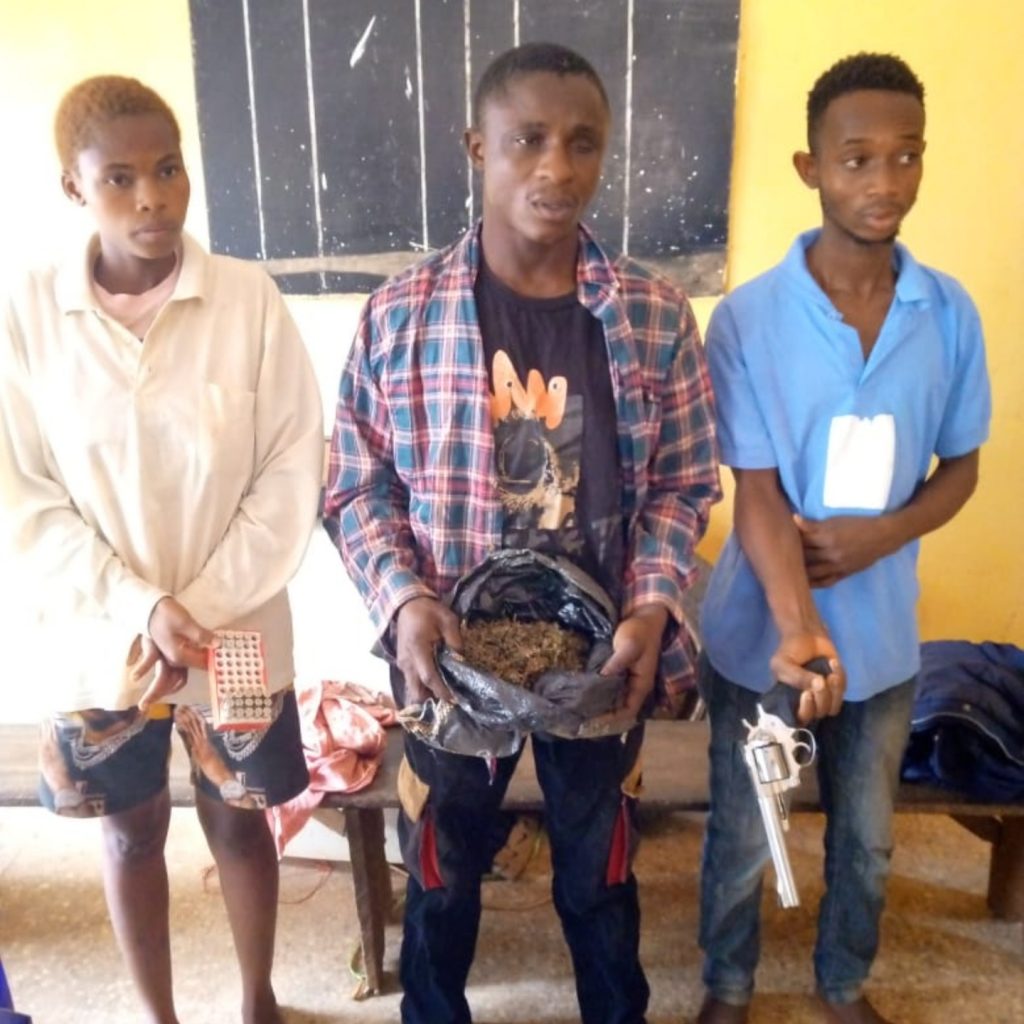 The suspects are Iyegbunuwe Oluchukwu, Okwudili Ozah and Esther Nwoko.

The Police also recovered One (1) English revolver pistol, fifteen (15) rounds of live ammunition, and six (6) expended ammunition from the suspects.

The suspects were arrested following a report by an indigene of Onicha-Uku at Isseluku-Uku Police Station.

The Police image maker said, “An intelligence-led investigation culminated in the arrest of the prime suspect, Iyegbunuwe Oluchukwu ‘m’ of Issele-Uku.

“The suspect led the detectives to their hideout at Onicha-Ugbo in Aniocha North LGA, where two other suspects, one Okwudili Ozah ‘m’ and Esther Nwoko ‘f’, were arrested and One (1) English revolver pistol, fifteen (15) rounds of live ammunition, and six (6) expended ammunition were recovered.”

According to DSP Edafe, “Suspects allegedly stole the motorcycle at gunpoint and it is suspected to be in the possession of one of their accomplices Chidinma Nwoko ‘m’, the husband of Esther Nwoko.

“Effort is on to arrest the other members of the gang.”