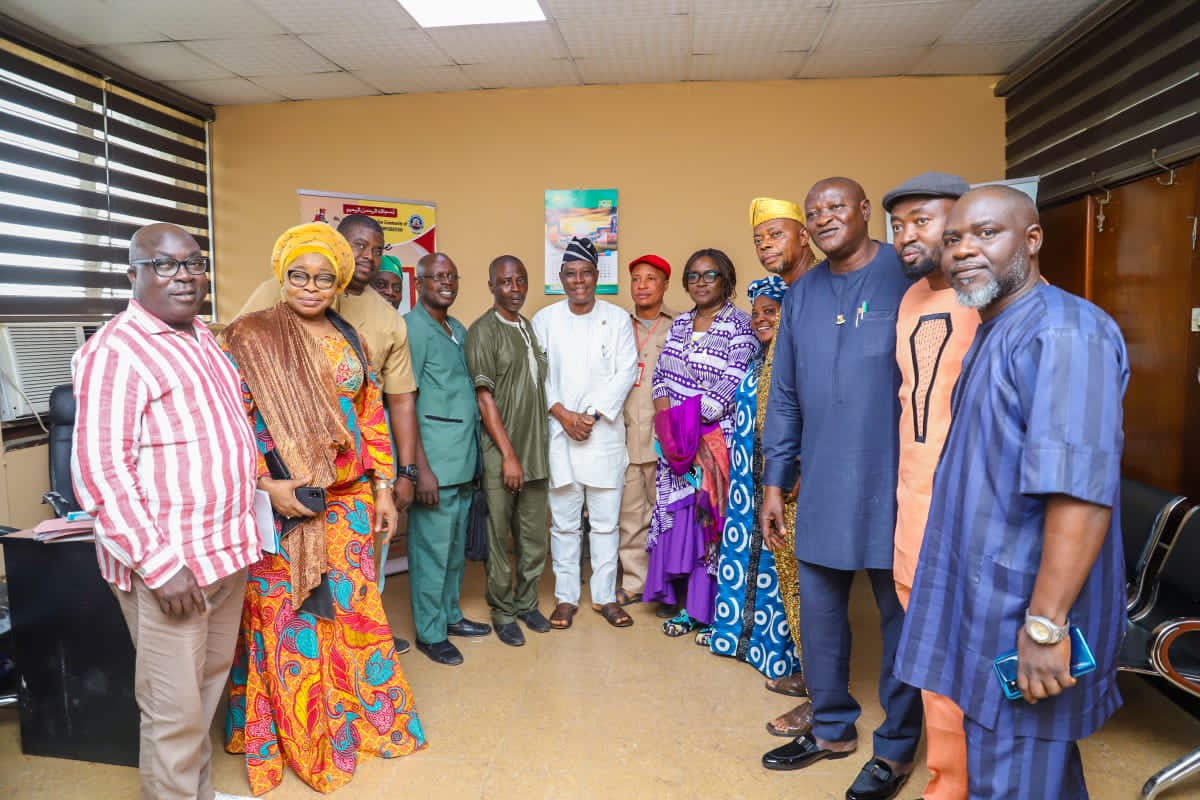 The acting governor of Oyo state, Barrister Adebayo Abdul-raheem Lawal has again described the sympathy strike embarked upon by the Ladoke Akintola University of Technology (LAUTECH), Ogbomosho in solidarity with the Academic Staff Union of Universities (ASUU) as unnecessary and called for immediate resumption of academic activities in the  institution.

Lawal stated this today while receiving Joint Action Committee (JAC) of Ladoke Akintola University of Technology, LAUTECH, Ogbomoso, comprises of SSANU, NASU, and NAAT, who paid him a courtesy call on his new position.

He stressed the damage done to undergraduate students and household finances as a result of the strike adding that the state government will continue to play its part in developing the education sector to an enviable height.

MOUTHPIECE NGR recall that ASUU after its last meeting with the federal government earlier in the week declared a comprehensive strike leading to some state owned universities pulling out of the ongoing ASUU strike.

The ASUU strike has entered its seventh month already.

The acting governor said: “Strike is not the best way to go in handling critical issue. You can imagine what would have been the imagination of a student who had been out of schools for several month”.

“You can’t keep these children idle without acting badly. It’s not about government but about our children. You have to resume so that our children would be in proper university learning.”

Lawal disclosed that the unions have submitted a paper as a way forward in resolving the lingering crises on the campus, commending them for coming up with the proposal.

He said both the university and the unions must be on same page because if the strike persist, it is at a great danger to our students and university community as well as Ogbomoso community.

“We will do what is right to ensure that LAUTECH run seamlessly so that our children won’t longer be staying Home.”

“Although, the jac have fully resumed, but in a university system, ASUU constitute major component. They have tabled their suggestion for government’s consideration”

“We will also want ASUU to step forward and engage government as we reassure them that they will take the necessary action. State University shouldn’t be involved in the current strike, as I already indicated; the strike should only affect federal universities.”

“Once more, I’m pleading with the striking lecturers to prioritize the needs of our students so that they won’t be influenced to commit wrongdoing.

“If the sympathy strike is not handled properly, it might not be necessary. A system exists and it must function. To make sure that our students return to school, we will look into every option open to a state university, he said, even if that means borrowing money.

Earlier in their remarks, Comrade Fajoye Hamzat a.k.a Obama, the Joint Action Committee’s spokesman and SSNAU Chairman, thanked acting Governor Bayo Lawal for his contribution in the last discussion with the Governor that led to the suspension of their strike.

After the discussion, they claimed to have come up with a better answer to the institution’s ongoing difficulties, saying that if the idea is properly implemented, there won’t be any more crises.

“As the institution’s most important stakeholders, we view LAUTECH as a newborn that has to be nurtured in order to survive. In this work, we offer both a short-term and long-term solution.

While appealing to Governor Seyi Makinde for their May/June/ salary, they said the governor has always been seen as a God sent man in LAUTECH environment, and as such, don’t want his name to be in the record of non payment of salary as previous government.