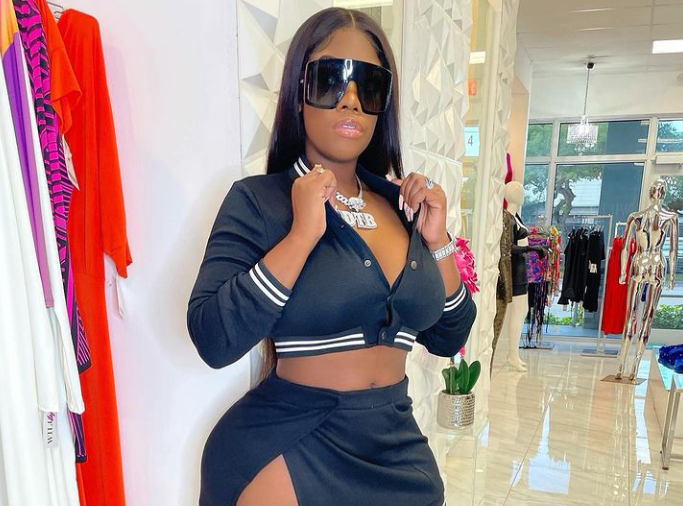 Jamaican-born US-based rapper, Diamond The Body, says she has had over 2,000 sexual partners.

The rap diva, real name Brittany Nicole Carpentero, granted an interview where she spoke about her sexual life.

She said she lost her virginity at age of 12 and has since gotten intimate with 2,000 people, including women.

The rapper said her sexual escapades are a thing no one can judge her about.

“I’m telling you my own truth. I lost my virginity at 12 years old. I remember the whole thing like it was yesterday. But between 12 to now for my body count, I’d say [I’ve slept with] like 2,000,” she said.

At the age of fifteen, Diamond joined the group Crime Mob.

Crime Mob first garnered national attention in 2004 with their single ‘Knuck If You Buck’.

They released their debut album ‘Crime Mob’ later that summer, followed by a second ‘Hated on Mostly’ in 2007.

In 2007, Diamond left Crime Mob to pursue a solo career and signed a management deal with the label Polo Grounds.

Diamond made headlines in August 2022 after she released a photo of herself in bed with a man purported to be Burna Boy.