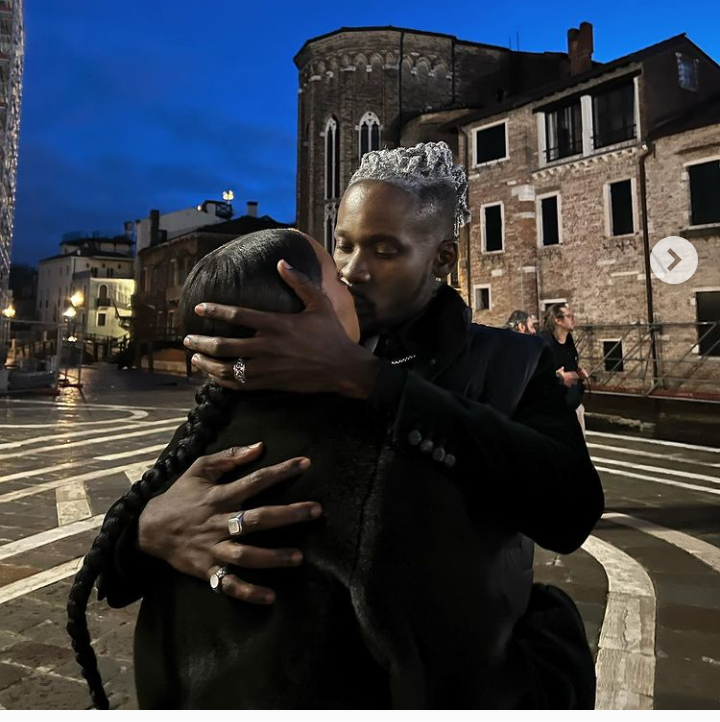 Oluwatosin Ajibade, professionally addressed as Mr Eazi, and his fiancee, Temi Otedola, a daughter of the Nigerian billionaire, Femi Otedola, have announced that they would be doing a private wedding.

They made this revelation in the latest episode of their podcast, ‘How far’.

Temi narrated that she is a private person and therefore needs to have a small wedding ceremony that suits her lifestyle.

She stated that if her opinion would matter, only ten people would be at the wedding.

“I could have six people at my wedding, me, you and two witnesses, I’m extremely private about certain things and energies. So you are actually gonna be the one who would have more people to balance off the side but if it was up to me, it would be 10 people”

The husband to be has also agreed with Temi’s opinion, noting they are expecting nothing less than ten intimate family and friends at their wedding ceremony.

“I really enjoyed intimate families, people don’t really know how private our parents are because my dad is like, ‘if you wanna have just 10 people, whatever you guys wanna do for your wedding, just do it cos it’s two of you that would live together.’

“It’s as though your dad and my dad had a meeting, they said you guys should just take your time and plan your wedding, you can just have a small wedding in the house…”

They also said their parents are not mounting any pressure on them as regard the moment they will be having the wedding ceremony.

Eazi said he would be glad to have an after-party session with twenty persons shortly after the wedding ceremony.

“I want it to be intimate but very quality, I want an afterparty even if it’s just 20 people.”

Recall that in 2018, the music star narrated how he came by the billionaire heiress.

“I met Temi in London. It was an event, her sister invited me to. Her sister was playing at the event, somewhere in Nightbridge and she said, oh come out come out, follow me to this event, so I followed her to the event and then she was deejaying and all of a sudden it was just me and Temi sitting down and just watching her,” he said.