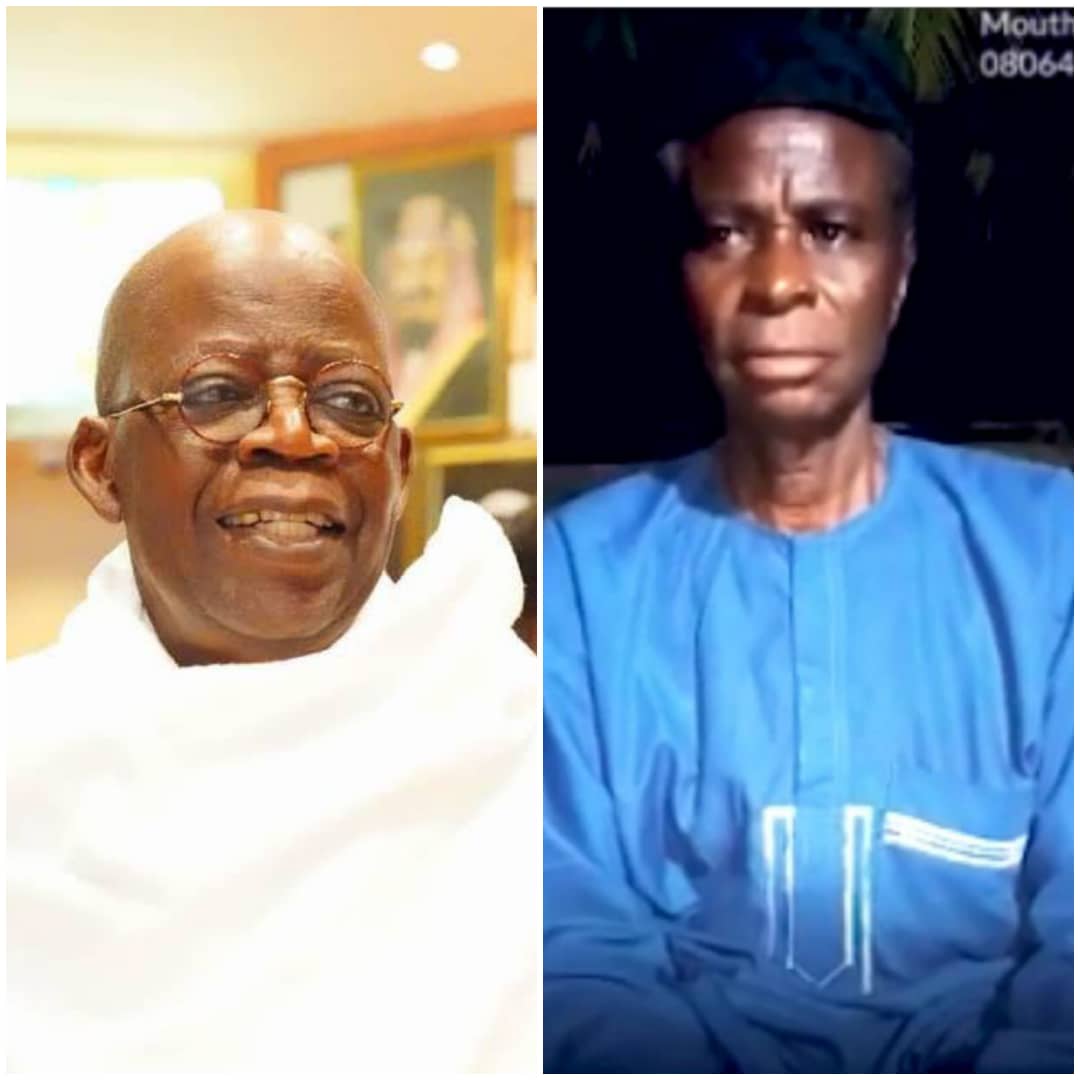 A man identified as Emmanuel Adejobi Ajani has sought the support of the general public to re-associate with his old-time brother, the APC presidential aspirant, Asiwaju Bola Ahmed Tinubu, whom they had both lived together alongside friends at some point at Kudeti, Ibadan in 1967.

While recounting the relationship he had established with the APC presidential aspirant during good old days, he narrated how it all started at “Ile Olodo” Odunjo’s place, Kudeti with house number S6/56 in Ibadan.

In an exclusive interview with Mouthpiece NGR on Friday, Ajani said “Brother Bola is a good-hearterd person and he showed love and care to us while we still lived together at Odunjo’s place, Kudeti, Ibadan in 1967 till 1969 before he left.

As a younger brother to Mr Odunjo’s wife (Iya Ibeji) at the time, Asiwaju Bola Tinubu was an epitome of love and kindness to all of us.

He pressed further by mentioning some of the names of Asiwaju’s friends, with whom he had associated with and noting how he did extend love to everybody regardless of background or class.

“We all lived at Kudeti alongside some of Asiwaju’s friends. They include; Brother Lekan who is Asiwaju’s closest friends at the time, Brother Bode, Brother Sunday, Brother Aderemi and Brother Gbade lived together between 1967 and 1969 before Asiwaju left for Osasami.

“Even when he left for Osasami, Asiwaju didn’t leave us. He still do good to us and even after he got a Volkwagen with plate number “WAD954”

While he prayed for Asiwaju over his political ambition, he lamented how he has tried all he could to get re-associated with Asiwaju but all proved abortive, and now believing that the tool of internet at this time may help to get them reconnected.

“I’m leveraging on the tool of social media in the bid to seek the support of the general public in that regards. I’ve tried all I could to get in touch but all was proved abortive because there was no possible ways.

“I ask the Almighty to grant Asiwaju his heartfelt desires and hope I can meet him very soon.”- He expressed optimism.