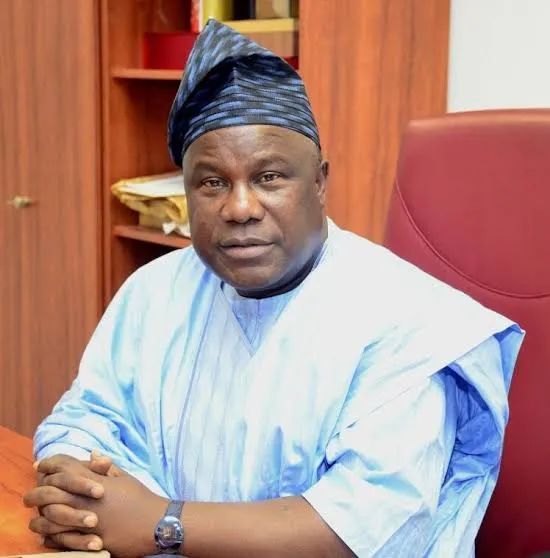 Buhari, a former commissioner for Local Government and Chieftaincy Matters and the chairman, Senate committee for ICT and Cybercrime won the 2019 election for the second term in the red chamber.

He was the first to be re-elected twice in Oyo North Senatorial District by defeating his close rival Mulikat Akande Adeola of PDP who are both from the same town.

According to a source within the APC leadership, the turn of event is on the heels of having a ranking senator in Oyo state.

The source said Senator Kola Balogun have been denied a return ticket while Teslim Folarin is so desperate for Governorship ticket.

Buhari who recently dismissed any rumour of planned defection to PDP reiterated that only All Progressives Congress has something to offer him.

This was contained in a statement made on behalf of the lawmaker by the Director General of the Fatai Buhari Tactical Committee on Tuesday.

According to the statement, the only reason why Buhari may consider PDP is if it offered him her 2023 gubernatorial ticket. Anything lesser than that, Senator Buhari rejects it”.

The statement further added that Senator Buhari who is a governorship aspirant under the platform of APC is a party man and is ready to abide by the decision of APC provided that the party is fair and recognises the rules of internal democracy.

Mouthpiece NGR learnt that the senator who has agreed to seek re-election into the senate is understood to have secretly obtained nomination’s form. A development which some APC leaders in Oke Ogun are currently kicking against.

Indigenes of the Oke Ogun geo-political zone in Oyo State have also advised politicians from the zone to unite among themselves to ensure that the zone produces the next senator.

Peller announced his intention to represent Oyo North Senatorial District in the senate on Thursday while rejecting calls to contest for Presidency.

Meanwhile, in Ogbomoso, all seems to be in tangle for APC as the current Minister of Youth and Sports, Sunday Dare is also interested in the Oyo North Senatorial ticket.

A credible source revealed to Mouthpiece NGR on Sunday that pressure is being mounted on the Minister to let go his Gubernatorial ambition for the Senate to allow an Ibadan man to battle Governor Seyi Makinde from People’s Democratic Party.

The source added that the former Senator representing Oyo Central Senatorial District, Ayo Adeseun, is also interested in senate or asking the party to either give him Deputy Governorship slot for Omo- Olope from Ogbomoso North or House of Reps Ogo-Oluwa/Surulere for his preferred candidate, Labu- Owoade brother.

Sunday Dare, Ayo Adeseun, were among stakeholders and several leaders of the APC who absconded the congress that produced the former commissioner for lands and survey, Mr Isaac Omodewu as the chairman of the party ast year October.

However, when contacted about the development, the Oyo APC youth leader, Prince Aremu John Oyetunji who declined to speak on crisis within the party admitted that people are obtaining forms.

He said his party is fully prepared to dislodge Governor Seyi Makinde in 2023, adding that APC has quality individuals to turn things around.