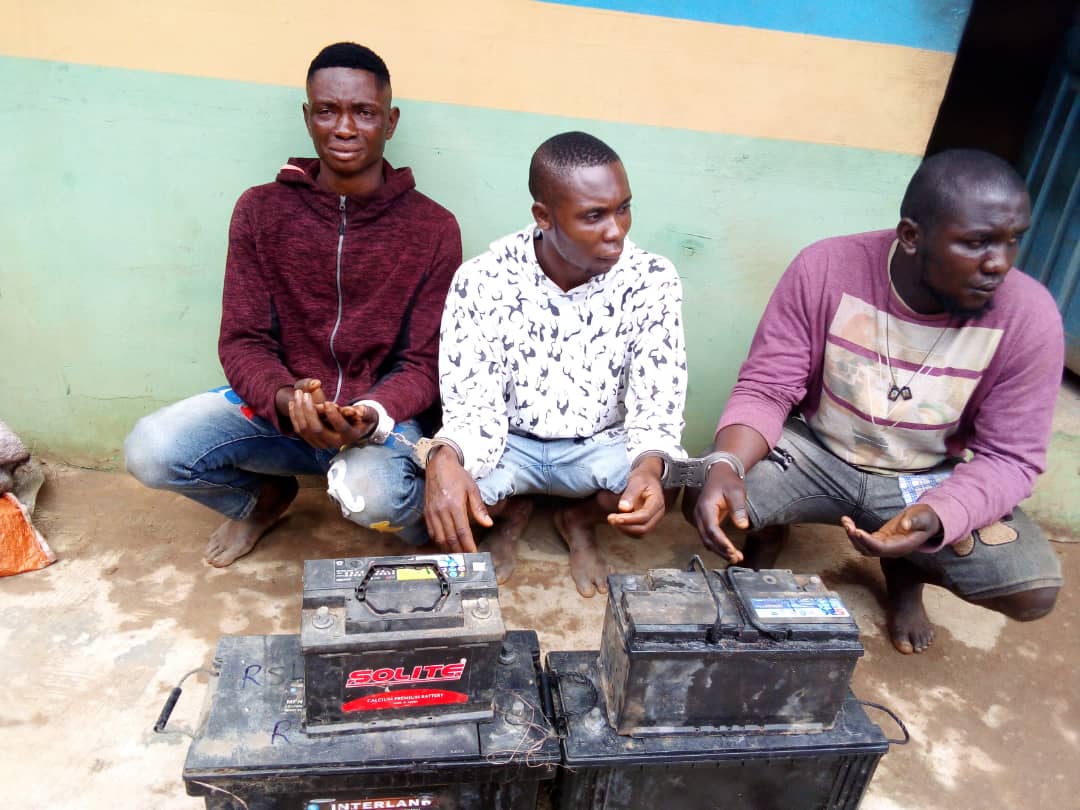 Operatives of the Ogun State Police Command, on Saturday, arrested three robbery suspects who attacked a company in Ogijo, Sagamu Local government Area of the state.

A statement by the state’s police spokesman, DSP Abimbola Oyeyemi, said the trio, who were members of an armed robbery syndicate, attacked Ruthfort Service Limited at Ikorodu-Sagamu axis of Ogijo in company of others now at large.

“The robbers, who gained access to the company at about 2:45 am through the fence, pointed gun to the security man on duty after cutting the security wire and ordered him to lie face down while they removed four industrial batteries.

“On receiving the distress call, the DPO Ogijo division, CSP Onatufeh Umoh, quickly led his patrol team to the scene where the robbers who had already escaped to the street were chased in collaboration with members of the public and they apprehended three amongst them, while others escaped.

“Recovered from them are the four industrial batteries,” the statement read in part.

Oyeyemi added that the Commissioner of Police, Lanre Bankole, has ordered the immediate transfer of the suspects to the State Criminal Investigation and Intelligence Department for investigation.