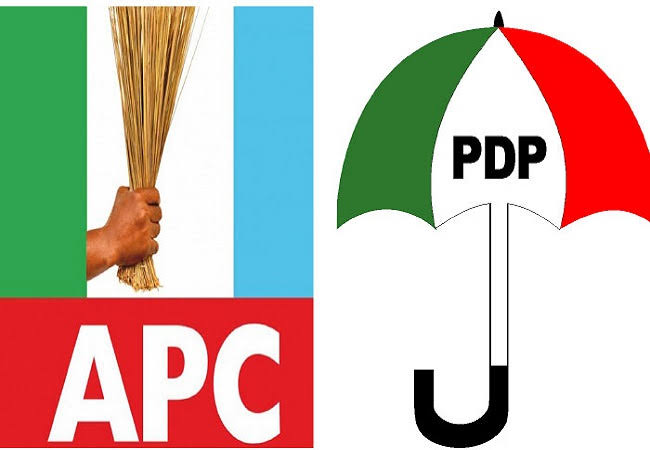 Mouthpiece NGr reports that Stella Oduah, a Nigerian Senator and former Minister of Aviation, has completed her defection plan from the ruling All Progressives Congress (APC) to the Peoples Democratic Party (PDP).

This is coming hours the news of Zamfara State former Governor Yari and Sen Marafa officially registered with PDP with their Supporters ahead of 2023 election.

A source, familiar with the development told SaharaReporters that the Senator returned to the PDP and secretly obtained the party’s nomination form to return to the Senate.

After days of playing hide and seek, Senator Stella Oduah has finally dumped the APC and joined the PDP. “Having used Abubakar Malami, the Attorney-General of the Federation, to frustrate and hang her trial and prosecution before Justice Inyang Ekwo at the Federal High Court in Abuja on allegations of fraud, embezzlement, and siphoning of N7.9 billion when she was the Minister of Aviation,” the source said.

According to Sahara Reporters, the Senator met behind closed doors with Anyim Pius Anyim, a PDP presidential candidate, and other party leaders. “She used Senator Anyim to reach out to the PDP leadership and perfect her new arrangement and agreement with them in preparation for her defection to the PDP in the coming days,” a source said.

“The trio of Abubakar Malami, Governor Mai Mala Buni, and Senator Ahmad Lawan feel used and dumped by Stella Oduah, having been briefed and realised that she has used them to frustrate her prosecution and betrayed their ‘agreement’ and accord by finalizing arrangements to dump APC for PDP in the coming days,” the source added.

According to a secret plot with Senate President Ahmad Lawan and Malami, Oduah’s trial by the Economic and Financial Crimes Commission (EFCC) over a N7.9 billion fraud may be scuttled in 2021. On Friday, however, it was learned that Oduah had reached out to PDP members in her zone and town in the Ogbaru Local Government Area to secure the PDP Senatorial nomination form for the Anambra North zone.

“Having obtained the form in secret so that the office of the AGF, Abubakar Malami, as well as the national leadership of the APC would not know she was using them to stall and frustrate her trial before Justice Ekwo, she has finally used and dumped them,” a source told Newsmen on Friday.

“It is most disturbing and disheartening that Stella Oduah is still evading trial and justice three years after the EFCC (Economic and Financial Crimes Commission) concluded its investigation into the case of N7.9 billion fraud and embezzlement of public funds perpetrated by her.

“She was summoned about five times to enter the witness box and enter her plea so that the trial could begin, but Malami and Governor Mai Mala Buni (Yobe governor and former chairman of the APC caretaker committee) shielded her from justice and the long arm of the law by frustrating the case.”

The Senator’s arraignment was postponed at the Federal High Court in Abuja during the last adjourned date (Monday, November 22nd, 2021) due to a letter written by Malami.

When Oduah and three other defendants were called to the dock to enter their pleas, Ogwu James Onoja (SAN), counsel for the 7th and 8th defendants, objected to the arraignment, claiming that his clients were being persecuted by the EFCC. The aggrieved defendants had petitioned Malami for a review of the charges against them, he said.

When Oduah and three other defendants were called to the dock to enter their pleas, Ogwu James Onoja (SAN), counsel for the 7th and 8th defendants, objected to the arraignment, claiming that his clients were being persecuted by the EFCC. The aggrieved defendants had petitioned Malami for a review of the charges against them, he said.

However, an EFCC lawyer, Ofem Uket, denied knowing about the AGF’s letter, saying that as a member of the EFCC’s staff, he was only seeing the letter for the first time in court.

The attorneys urged the court to dismiss the defendants’ petition and proceed with their arraignment. He claimed that if the AGF had any objections to the arraignment, he would have come to court. Justice Ekwo, on the other hand, said he would not proceed because the defendants had raised the petition as a statutory and constitutional issue.