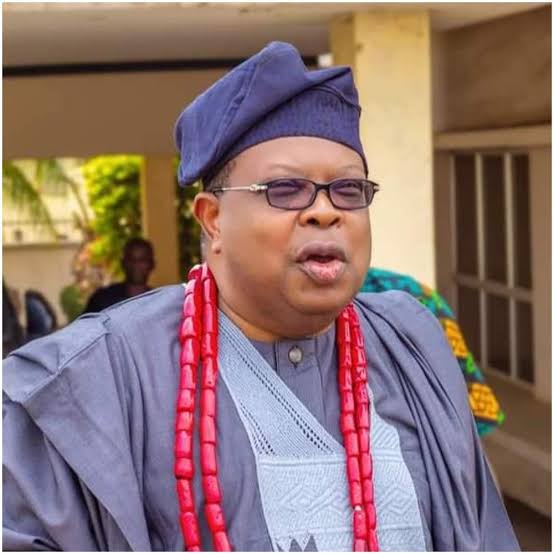 The reactions which are both positive and negative are already creating dissension within the PDP, especially among party members who have started exchanging words on social media.

Mouthpiece NGR reports that the official endorsement of Joseph Tegbe was made by the leadership of the party in the state and the 9 local government areas in the senatorial district.

The meeting was chaired by the Governor and leader of the party in the state, Seyi Makinde.

Following the development, a group within the party, Peoples Democracy Forum (PDF), in a statement after its meeting, held in Ibadan, the state capital, on Saturday, and signed by its zonal secretary, Osuntade Orobiyi, described Tegbe as an agent of disruption who will only destroy the party in the state.

PDF, a group of political-minded professionals spread across the South-West, alleged that Tegbe, who recently defected from the All Progressives Congress (APC) to the PDP, has a penchant for creating bad blood wherever he went.

The group recalled that the same Tegbe caused crisis when he joined the late former Governor Abiola Ajimobi-led APC before the 2019 elections.

“The attempted imposition of Tegbe led to the exit of a large chunk of the membership base of the APC in Oyo State and that began the decline in the fortune of the party. Despite the fact that Tegbe lost the ticket to Bayo Adelabu, the damage could not be reversed.

“The ongoing trend by the governor of Oyo State, Engineer Seyi Makinde, of discouraging aspiring party faithful from going to primaries is a recipe for electoral disaster.

“Worse still is the down-pressing of party loyalists for the choice of His Excellency which has evidently boomeranged in most cases. The Tegbe story is most unfortunate and may sound the death knell for the PDP in Oyo State.

“On entry, an attempt was made to foist him on the people of Oyo Central Senatorial District where Bisi Ilaka was just coasting home from a fierce contest among other aspirants.

“The resistants put forward by stakeholders in that zone must have led to the change of mind by Governor Seyi Makinde.

“The latest news of Tegbe being “moved” to Oyo South raises many questions which may determine the fate of PDP, not only in Oyo South, but in the entire state,” the group stated in the statement.

PDF also asked some questions, bothering on the suitability of Tegbe for a PDP senatorial ticket: “What brought about the desperation to find a ticket for Tegbe even at the expense of astute and loyal party faithful?”;

“What is the electoral value of Joseph Tegbe?”; “Does the fate of people who have worked for the growth of the party before now have to be eclipsed for a Tegbe?”; Does Party Loyalty not mean anything to Makinde?”;

“Without Kola Balogun and Nureni Adeniran, what can PDP fielding Tegbe achieve politically?”; “What is Tegbe bringing to the table that necessitates disrupting the status quo in either Oyo Central or Oyo South?”

The group warned Governor Makinde that “Tegbe, the agent of destruction, is in the house already. His management of the Tegbe crisis will determine his own fate.”

However, in a counter publication, a group within the party asked opposition parties to stop confusing the residents of the state over the ticket reserved for Joseph Tegbe by the governor of the state, Engr. Seyi Makinde.

He said Tegbe is popular in all the local governments that makes up Oyo central senatorial district, which according to him could give electoral victory to the PDP in 2023.

He said; “the issues of Mogaji Joseph Tegbe cannot create crisis in PDP. Opposition needs to face its crisis. We have to commend the governor for catching a big fish. I want to use this medium to assure the entire sons and daughters of Ibadanland that the governor won’t take the ticket of senator Kola Balogun from him.

“We know the fake stories going viral on the social media is the handwork of mischief makers. Joseph Tegbe is from Ona Ara which belongs to Oyo central and he cannot contest in Oyo South. We shall continue to support our governor and we are confident that Oyo will become Mecca by the time we completed our second term.”

He therefore welcome the APC governorship aspirant to the PDP, saying those criticising him would be disappointed.