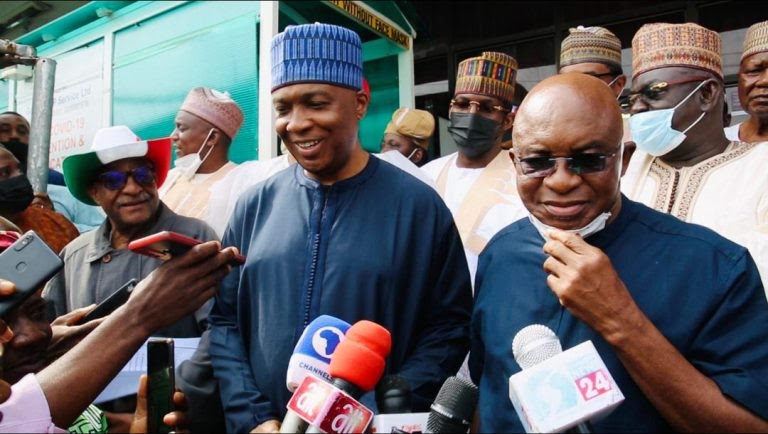 The embattled National Chairman of the Peoples Democratic Party (PDP), Uche Secondus, has agreed to withdraw cases already in court.

Mouthpiece NGR understands that he expressed willingness for an out-of-court settlement during a meeting with former Senate President, David Mark.

Mark had led an eight-member peace committee to the PDP chairman after meeting with Governor Nyesom Wike reportedly spearheading moves to get Secondus sacked.

According to the source, Secondus told them that he was forced to approach the Kebbi High Court for a counter-injunction in response to the one initiated at the Port Harcourt High Court.

I can confirm to you that the chairman met with the Mark committee in his office shortly after the National Caucus meeting last Friday,” the source told The Nation.

“Of course they discussed ways of having the three court cases withdrawn and he told the committee members that it was not his wish to resort to legal action but for the restraining order placed on him by the court in Rivers State.

“The chairman made it known to the committee members that he would be ready to withdraw his own case from court without any hesitation if he is asked to do so”.