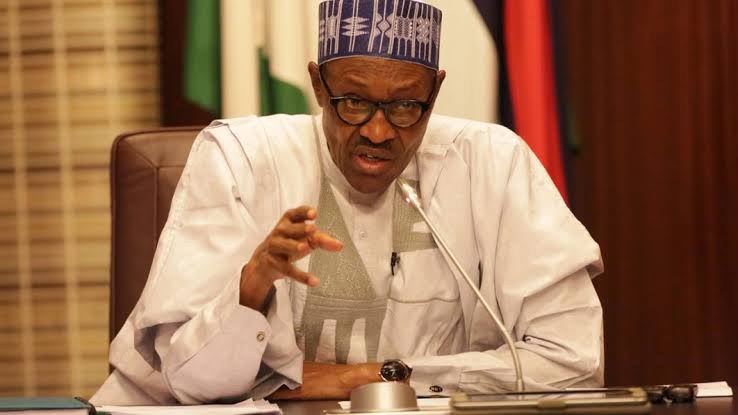 President Muhammadu Buhari has ordered criminal investigation into an approximated six trillion naira given to the Niger Delta Development Commission (NDDC) since 2001.

Recall that the President had ordered for a holistic forensic audit of the activities of the Commission from inception to August 2019 in response to the yearnings of the people of the Niger Delta region to reposition it for the effective service delivery.

Buhari gave this order on Thursday in Abuja after receiving the final forensic audit report from the Minister of Niger Delta Affairs, Sen. Godswill Akpabio.

Represented by the Minister of Justice and Attorney General of the Federation (AGF) Abubakar Malami, Buhari stated: “The Federal Government will in consequence apply the law to remedy the deficiencies outlined in the audit report as appropriate.

“This will include but not limited to initiation of criminal investigations, prosecution, recovery of funds not properly utilized for the public purposes for which they were meant for amongst others.

“In all these instances of actions, legal due processes will strictly be complied with.”

According to the President, the forensic audit report will be forwarded to the Federal miinistry of Justice for a legal review and relevant Ministries, Departments and Agencies (MDAs) of government will be engaged in doing justice to the findings accordingly.

He said it was also on record that the execution of over 13, 777 projects in the oil rich region were substantially compromised.

Buhari noted that the Federal government is also concerned about multitudes of Niger Delta development commission’s bank accounts amounting to 362 and lack of proper reconiliation of accounts.

He stated that the call for the audit by the people of the Niger Delta Region arose from the huge gaps between resources invested in the region vis a vis the huge gap in infrastructural, human and economic development.

Buhari said he was not oblivious of the interest generated by Stakeholders towards the forensic audit exercise and the agitation for the constitution of the Board of the NDDC.

He went on: “However, this Administration is determined to address challenges militating against the delivery of the mandate of the NDDC to the people of the Niger Delta Region.

“It is in the broader context of the foregoing developments that the recently signed into Law the Petroleum Industry Act (PIA) which has been a contentious issue over the years for successive governments, to bring about the prudence and accountability in the Petroleum Sector and to give a sense of participation and ownership to the host communiues.”

According to him, the report on the forensic audit of the NNDC and recommendations will be critically analysed for necessary action and implementation.

“We owe it a duty to the people of the Niger Delta Region to improve their standard of living through the provision of adequate infrastructural and socio-economic development.

“The welfare and socio- economic inclusion of the Niger Delta Region is paramount to the development and security of the Region and by extension the country.

“Funds spent on development activities should as a consequence promote political and socio-economic stability in the Region,” Buhari added.

Earlier in his remarks, Akpabio disclosed that the auditors have concluded examination and documentation of a total 13,777 contracts for projects and programmes awarded to Contractors and consultants in all Niger Delta States from 2001-August 2019, at a total final contract value of N3,274.206,032,213.24.

According to Akpabio, the name and identity of a vast number of beneficiary companies were also captured as well.

His words: “Via Field Verification, the Forensic Auditors established the exact status of all contracts for proiects and programmes in all constituent states during the period under review classified into completed, ongoing, abandoned, terminated, taken-over and non-existence.”

The Minister disclosed that the auditors also focused on funding gaps, Irregularities, mismanagements and Due Proces Violations/Conflicts of lnterest.

He went on: “A Personnel Audit and Review of the governance and organisational structure of NDDC was also carried out. An operational guideline/Manual and a fit-for-purpose organogram that would aid the transformation of NDDC to a globally competitive development agency has been developed as well.

“Available financial records of the commission were analysed with the aim of establishing the total amount of funds received by the Commission from all sources, both statutory and non-statutory and the total funds and other resources paid to contractors as well as the total amount outstanding as debts with regards to such projects within the period under reference.

“The Auditors have also provided policy recommendations, in terms of measures that should be taken to ensure the prevention of such irregularities and mismanagement, going forward.

“With utmost respect Sir, I crave the indulgence of Your Excellency that after my speech, the Lead Forensic Auditors will present to you a quick summary of their Findings and Recommendations.”