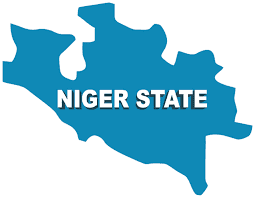 A middle age man identified as Alhaji Usman Galadima in Borgu Local Government Area of Niger State has been accused of defiling 14 pupils of the school. The man was said to be a Grade 2 teacher in the school.

It was gathered that Galadima’s escapade was exposed in July when two female pupils reported him to the headmistress for molesting them sexually.

The pupils were said to have reported the case after the teacher threatened to kill them if they told anyone what he did to them.

The case it was gathered was later reported to the headmaster of the school, Mallam Abdullahi Toure, by Hajiya Maimunat after which the accused teacher was summoned.

Galadima, according to sources, denied the allegation while other girls from Grades 2 and 3 reported the same person two weeks later.

It was gathered that the school after the second report set up a disciplinary committee to look into the matter.

It was learnt that more female pupils reported Galadima for the same crime during the investigation.

Findings show that Galadima later confessed to have defiled five pupils and not 14 while some of the pupils also said he only kissed them and asked them to play with his manhood.