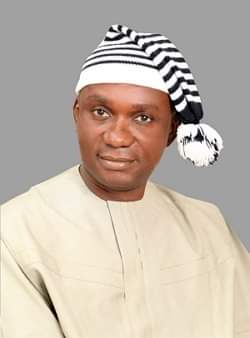 A group under the aegis of Abia Group for Good Governance on Tuesday said Abia state is gradually being known for every thing wrong. “Hardly will Abia state be associated with anytime postive.”

According to the group, Abia is the only state whose House of Assembly has no date of resumption since July 10th 2021 when they  formally embarked on their annual recess even when they could not attain the mandatory constitutional number of days a house of assembly should sit in a year.

While other 35 States have all resumed and back to their statutory duties, Abia house members are all at home taking pepper soup and readingnewspapers while earning salary.

This is the first time the house of assembly in Abia state will go on annual recess without any future date of resumption since the return of democracy in Nigeria.

We may argue that the house under the current leadership has not added value to Abians except when they pass resolutions about boundary matters.

Abia state from the annual report of 2019 spent close to 320m( N70mSalaray and N225m as overhead) as funds that goes to the house of assembly which is about the highest in the entire southern Nigeria.

This house of assembly has been at away for almost 4 months while the country is passing through the worst security challenge/ flood issues though the government deliberately under reports the level of criminality and banditry in state.

“Abia State cannot be held ransom because of the current EFCC investigation of the Speaker and his  family. It will amount to double jeopardy if Abians are allowed  to suffer again for this investigation as the house is shut down.”

“The Speaker of Abia House of Assembly Rt .Hon Chinedum Orji and the father Sentor T.A Orji have  been under EFCC investigation for the past one month.”

“The two though on bail are told to be reporting daily at EFCC office Jabi Abuja.”

“This has made Abia state House of Assembly to shut down indefinitely as the Deputy speaker Rt.Hon Ifeanyi Uchendu is not academically sound enough to sustain any session both at the executive level or plenary.”

“Abia state is today paying the prize of having “pocket Hitlliers” in sensitive positions.”

“This may account for why the Governor is yet to announce his Commissioners eight months after.”

“The Governor has been running like a sole administrator with few exco members and about two that were fraudulently brought back through the back door. Bar Bob Ogu and Dr. Aham Ukoh.

These Commissioners were brought back one month after the dissolution of the exco which makes their stay in office illegal as they need another clearance by the house of assembly before being sworn in.”

“Kindly note that all the signed documents and actions taken by these two fellows are illegal and can be challenged  in law court.

“The Government sacked its exco since Saturday January 25th 2021 and has ran without Commissioners which is unconstitutional and unacceptable.”

“We call on the house of assembly to resume immediately to justify the huge amount spent on the house as we can not close our eyes  to this irresponsibility.”

“We also call on the Governor to immediately announce his Commissioners as there is no full compliance with extant rules on civil administration.”

Abia cannot continue to occupy the last positions in all wrong  perimeters.