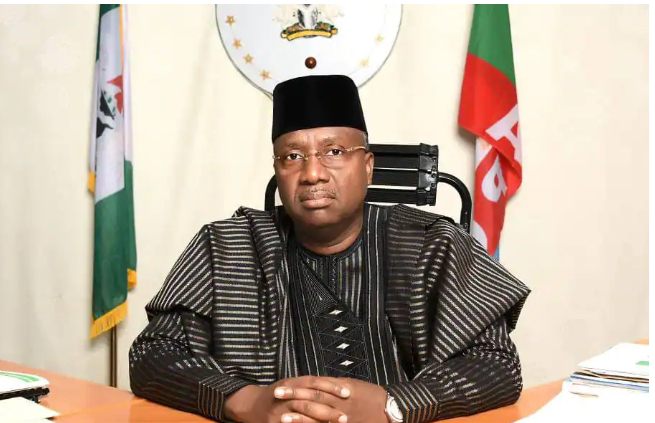 The former governor of Adamawa, Jibrilla Bindow, was reportedly questioned by the operatives of the Department of State Services (DSS) on Wednesday, August 11.

Mouthpiece NGR gathered that Sadiq Abdullateef, media aide of the former governor, explained that Bindow honoured an invitation of the DSS, adding that he has been released.

The former governor was said to have held a party meeting in Adamawa where some aggrieved members of the All Progressives Congress (APC) poured invective on President Muhammadu Buhari. An audiotape of the meeting was leaked to the media, and some of those at the event were said to have made death wishes against the president. The DSS invited the key participants of the meeting for questioning over the leaked audiotape.

Bindow condemns those making incendiary comments against Buhari In a statement issued on Wednesday, it was gatherd that Abdullateef said the former governor condemned those making incendiary comments against the president at the meeting. He confirmed that there was an unwarranted outburst from some aggrieved members at the meeting but noted that Bindow cautioned them.