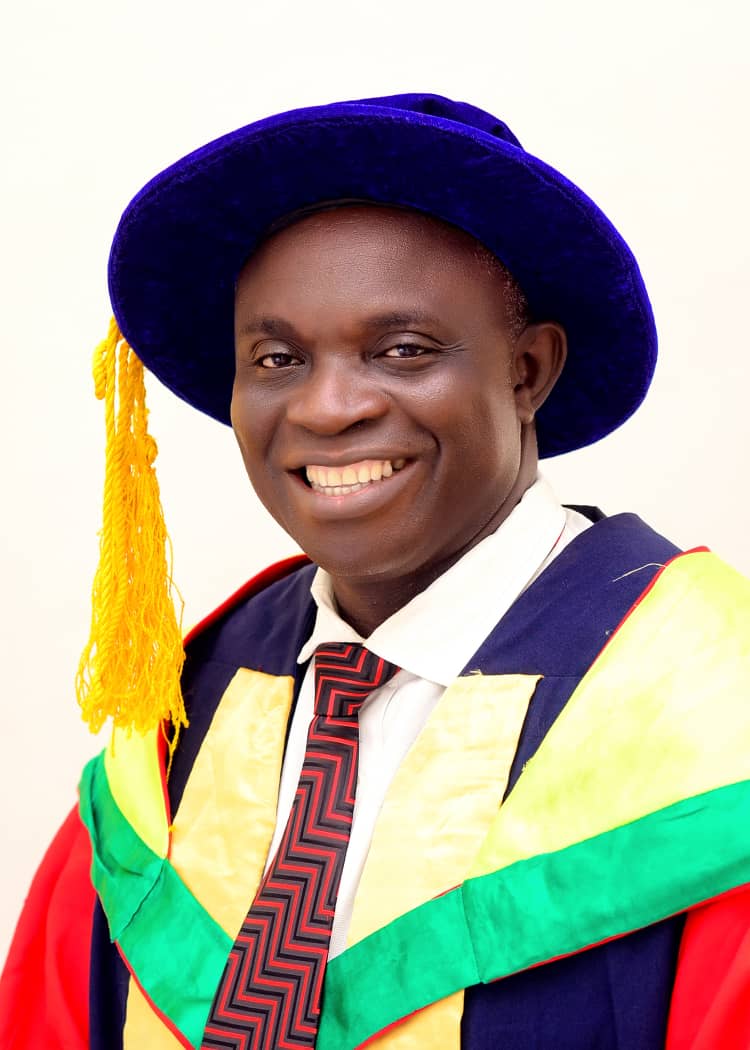 The lecture titled “Sustainable Livestock Production And Food Security: Feeds And Feedstuff To The Rescue”— reiterated the importance of feeds and feedstuff in livestock production.

According to him, the conventional feedstuffs used in livestock feed production such as maize, groundnut, soybean and sorghum can also serve as food for humans.

In his words “This has led to unprecedented increase in the prices of these feed materials making their use as component of livestock feeds unprofitable”.

He also said that the farmers/ herdsmen crisis and climate change further aggravated the challenge in the production of these feedstuffs.

The don then suggested that underexploited legumes, agro industrial by-products and wastes could be used as alternative feedstuff to rescue the situation. Thus, make animal protein available to the populace.

In his submission, the Inaugural Lecturer identified anti-nutritional factors that could limit the use of these alternatives as components of livestock feeds most especially poultry and swine.

While reiterating the focus of his research work, the erudite scholar reported that different processing methods could be adopted to reduce the level of these anti-nutrients and thus, increase the level of inclusion in the feed, improve animals performance and thus profitability in the livestock enterprise.

According to him “The major challenges facing the animal nutritionist is finding a way to formulate less costly feeds without compromising animal performance and environmental sustainability.

Professor Emiola recommended that  government should increase funding of animal agriculture and related  researches so as to increase protein consumption among the populace.

He equally called on the Nigerian Institute of Animal Science (NIAS)  to be alive to their responsibility as the coordinating agents in  working with other relevant organs of government to increase livestock production.

Emiola who indicated that Nigeria is far from the biological potential for efficient production and supply of protein of animal origin, further stressed that the necessity of increasing the raw material base through exploration of underutilized plant protein and agro-industrial by-products for efficiency of livestock production becomes more evident because the demand for animal flesh and products continues to soar.

The  don postulated that “Since animal production is mostly dependent on availability of feeds and feedstuffs which ensures healthy multiplication of animal species, the nutritional hazards that livestock are exposed to through an underestimation of the adverse anti-nutrients on the performances of livestock, however, are one of the greatest setbacks to achieving this lofty objective.”

On the Lecture, Professor Emiola said  “This lecture has shown us the importance of feeds and feedstuffs as the bedrock of sustainable livestock production and food security. It has also tried to detail the inherent anti-nutritional factors and the processing method required to reduce the deleterious effects of the toxic principles in ingredients used as feedstuffs for animals. If truly “ We are what we eat” as presented by Professor G. O. Farinu and considering the fact that the quality of animal products is directly related to animal feeding, it thus mean that feeds and feed ingredients are critical component of the food chain that has direct impact on animal welfare, food safety and public health. This can be exploited as tools for the much needed change to bring about sustainable livestock development.”

To the admiration of a cross section of stakeholders and members of the audience, Prof Emiola concluded “This is the hallmark of my research activities in the last twenty-one years as an animal nutritionist. In pursuance of this, I have trained several students and also mentored junior colleagues in several universities as well as rendering consultancy services to livestock farmers in this field.”

He noted that the Nigeria Institute of Animal Science has a role as a coordinating agency by working closely with relevant agencies, professional associations and the private sector to review, implement and monitor compliance with current standard of practice in the production, transportation, storage and marketing of animal products.”

Development of dietary strategy for improved nutrient utilization was also part of his recommendation. According to him, “there is the need to develop safety standards for undesirable substances in feeds produced for different species and categories of animals based on the ability to tolerate the materials. A rapid screening method is required for detection of contaminants in such feed materials.”

“As a matter of urgency, efforts to alleviate the inadequacies in the supply of conventional feedstuffs should be geared towards exploring the available and inexpensive under-exploited legumes and industrial by-products as well as waste. The Society for Under-Utilised Legumes can lead these frontiers. Governments at all levels should endeavour to invest more in education.”

“More is needed to be done in terms of provision of funds for research grants, acquisition of equipment, enabling atmosphere for learning and research, and improved remuneration.”