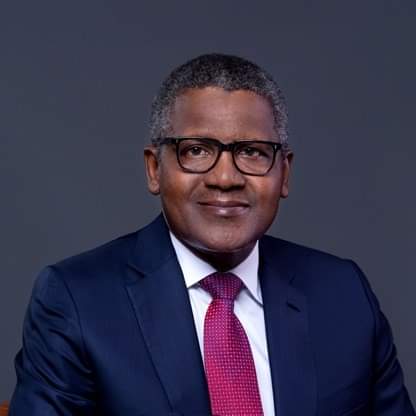 More facts are emerging on the PIB Bill and why Nigerians should be wary of the traps built in to turn the country into a monopoly.

Recall that a few days ago the Abuja rumour mill was awash with the story that as much as 70,000  Dollars was allegedly given to each Senator to facilitate the passing of the Bill in the Upper House.

In the current form, the Senate version of the Petroleum Industry Bill will only permit two entities to import petroleum products into Nigeria: those who own active refining licenses and the Nigeria National Petroleum Corporation Limited.

However, the law makes it impossible for even modular refiners like Walter Smith to import the product, as a clause in the concerned section provides that licenses be given based on the refining record of the permit holder.

By the time the bill becomes law, the Dangote refinery, which has a 650,000-barrel per day refining capacity, would be in operation, making him the only license holder that would be able to import any substantial amount of petrol.

The law also provides for the continuation of the NNPC’s Direct Sale Direct Purchase contract, which experts have questioned for being fraught with inconsistencies.

Having provided for the introduction of a free market in Section 205 a, the Senate version of the PIB goes ahead to contradict this stance in Section 317h.

The first subsection says, “The Authority shall apply the Backward Integration Policy in the downstream petroleum sector to encourage investment in local refining.”

Backward integration primarily refers to a move by companies to source materials they imported prior locally.

Within the context of this bill, however, the Senate states what it considers as backward integration;

“To support this, license to import any product shortfalls shall be assigned only to companies with active local refining licenses.”

The law further goes ahead to rule out small players.

“Import volume to be allocated between participants based on their respective production in the preceding quarter.”

Experts feel modular refinery license holders are excluded from importing like the rest of the country with this clause.

“I believe this must have been as a result of a deal between Dangote and the NNPC,” claims a source close to the development and consideration of the bill who spoke with SaharaReporters.

“Players like Walter Smith, who are just doing about 5,000 liters of diesel, will get little or no quota if they have to import PMS based on their production in the previous quarter.”

An energy lawyer, Chiagozie Nwokonko, wondered who the senators had in mind when writing in the clause. “From an economic point of view, why should you limit the importation of petrol to only those who have active refining licenses? Who are you protecting? Is it the national economy or consumer welfare?”

“This is just vested interest; it means they are going to be subsidizing the high cost of production.

“If you have someone with a refinery whose cost is too high, the person could go to Ghana where it is cheaper and bring in the product, effectively leaving his plant moribund. Everybody should be allowed to import.”

However, the source, close to the workings of the Senate, asked the National assembly to consider allowing the downstream regulatory authority, which will be created when the bill comes into law, to create impartial regulations to guide any future importation of petrol.

“I think the provisions above will create a duopoly in a price deregulated environment, thereby destroying the Nigerian downstream industry as we know it today,” the source said.

“The law and the authorities should protect the market (other players including Nigerian entrepreneurs) and the consumers rather than encourage monopoly/duopoly by locking out competition.”

Despite its potential move to eliminate competition and create a duopoly, Section 317 h. of the Senate PIB version commits to ending the sale of dirty fuel in Nigeria.

The fifth clause in the sections says;

“To safeguard the health of Nigerians, imported petroleum products shall conform to the Afri-5 specification (50ppm – particles per million sulfur) as per the ECOWAS declaration of February 2020 on the adoption of the Afri-Fuels Roadmap.”