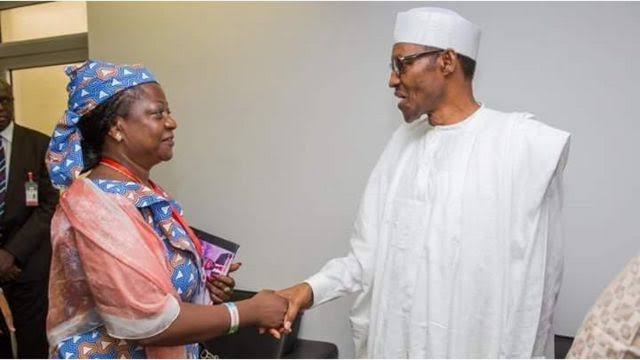 Rejecting her nomination on Tuesday, the Chairman of the Committee, Kabiru Gaya, in his report, said Onochie did not satisfy the provisions of the Federal Character Principles.

Also, he stated that the Senate at the committee of the whole subsequently voted against her nomination.

Mouthpiece NGR recalls that President Muhammadu Buhari had sometimes in November, 2020 asked the Senate to confirm the appointment of Lauretta, who is the Special Assistant to the President on Social Media as an INEC official.

However, the process was halted because of protests among the Peoples Democratic Party (PDP) members in the red chamber accusing Onochie of unnecessarily casting aspersions on their party.

They also faulted the idea of making Onochie, a card-carrying member of the All Progressives Congress (APC) as an INEC Commissioner to represent Delta State on the board of the commission.