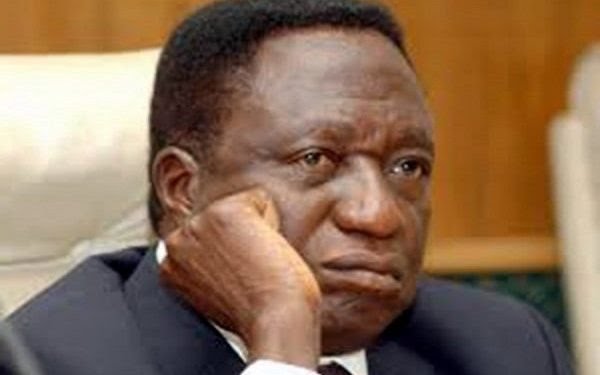 The former Registrar of the Joint Admission and Matriculation Board (JAMB) was accused of diverting over N5.2billion.

Professor Adedibu Ojerinde has been ordered to be remanded in prison custody.

The order was given by a Federal High Court in Abuja.

This comes after the former Registrar of the Joint Admission and Matriculation Board (JAMB) was accused of diverting over N5.2billion.

Justice Obiora Egwuatu, in a ruling on Tuesday, ordered that Ojerinde be kept in a correctional facility pending the hearing of his bail application, scheduled for July 8.

Justice Egwuatu gave the ruling after Ojerinde, dressed in white native attire, was arraigned on an 18-count charge, marked: FHC/ABJ/CR/97/2021, in which he was accused, among others, of complicity in the diversion of public funds estimated at over N5.2billion.

The prosecuting agency – the Independent Corrupt Practices and other related offences Commission(ICPC) – said Ojerinde committed the alleged offences, contained in the charge, from 2003 when he served as the Registrar of the National Examination Council (NECO) till 2021.

Ojerinde pleaded not guilty when the charge was read to him.

His lawyer, Peter Olorunnishola (SAN), subsequently informed the court about a bail application he filed and served on the prosecution.

Olorunnishola however sought time to react to the counter-affidavit filed by lawyer to the prosecution, Ebenezer Shogunle, which the defence lawyer said was served on him late.

Shogunle, who did not object to Olorunnishola’s request for time, opposed the defence lawyer’s application that his client be allowed to remain on the administrative bail, earlier granted him by the ICPC, pending the hearing of his bail application.