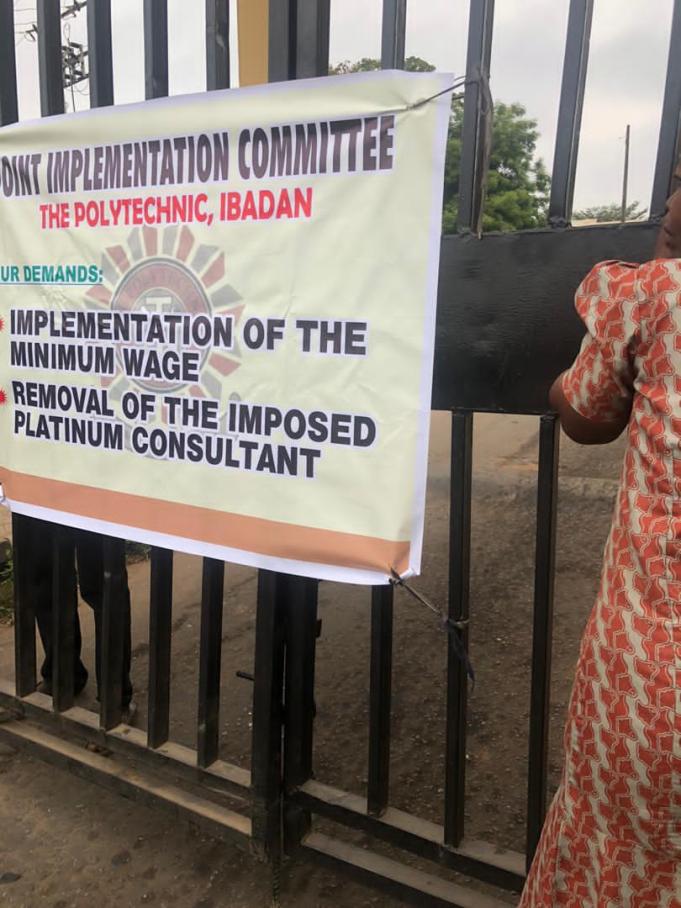 Oyo State Government has described as baseless and unjustifiable the industrial strike embarked on by staff unions of The Polytechnic, Ibadan.

It will be recalled that workers at the institution commenced an indefinite strike Monday morning over the failure of the state government to implement the new minimum wage.

“Well, I must let you know that the strike action is not justifiable anywhere, there is no basis for it to be candid, and I will yell you why.

“Any moment from now, we are going to sign the agreement hopefully before the end of this week. It is only Polytechnic of Ibadan that disagreed, and their disagreement was not based on any law or circular.

“In actual fact, what the state government has proposed to them is in line with the circular of the national salaries and wages commission but the team that led their negotiation came with a table of Lagos state.

“So, they said we should adopt Lagos state table as the basis for the minimum wage, and we told them that we can only go by the provisions of the law the circular from the federal government which all other schools accepted except the polytechnic of Ibadan.

“So, it is not justified, and again, at 5am this morning, the union locked up the gate of the school even before the congress of the union, you know the union is supposed to give them the directive to either goon strike or not but without waiting for the union, some members just went ahead and locked up the the school gates and prevent students from writing their exams which they commenced last year.
“However, we will still continue to engage them to let them see reason. As at the time all of us should be on way for Christmas on the 24th, we still held meeting with them here with the council members and the management.

“And we asked them, and that was the last discussion we had, that if you have any circular to back up your claim, give it to us, let us look at it, but the next thing we heard this morning was they have embarked on strike.
“What is the justification for that? So, let’s see how things go but we will continue to engage them.” The commissioner explained.