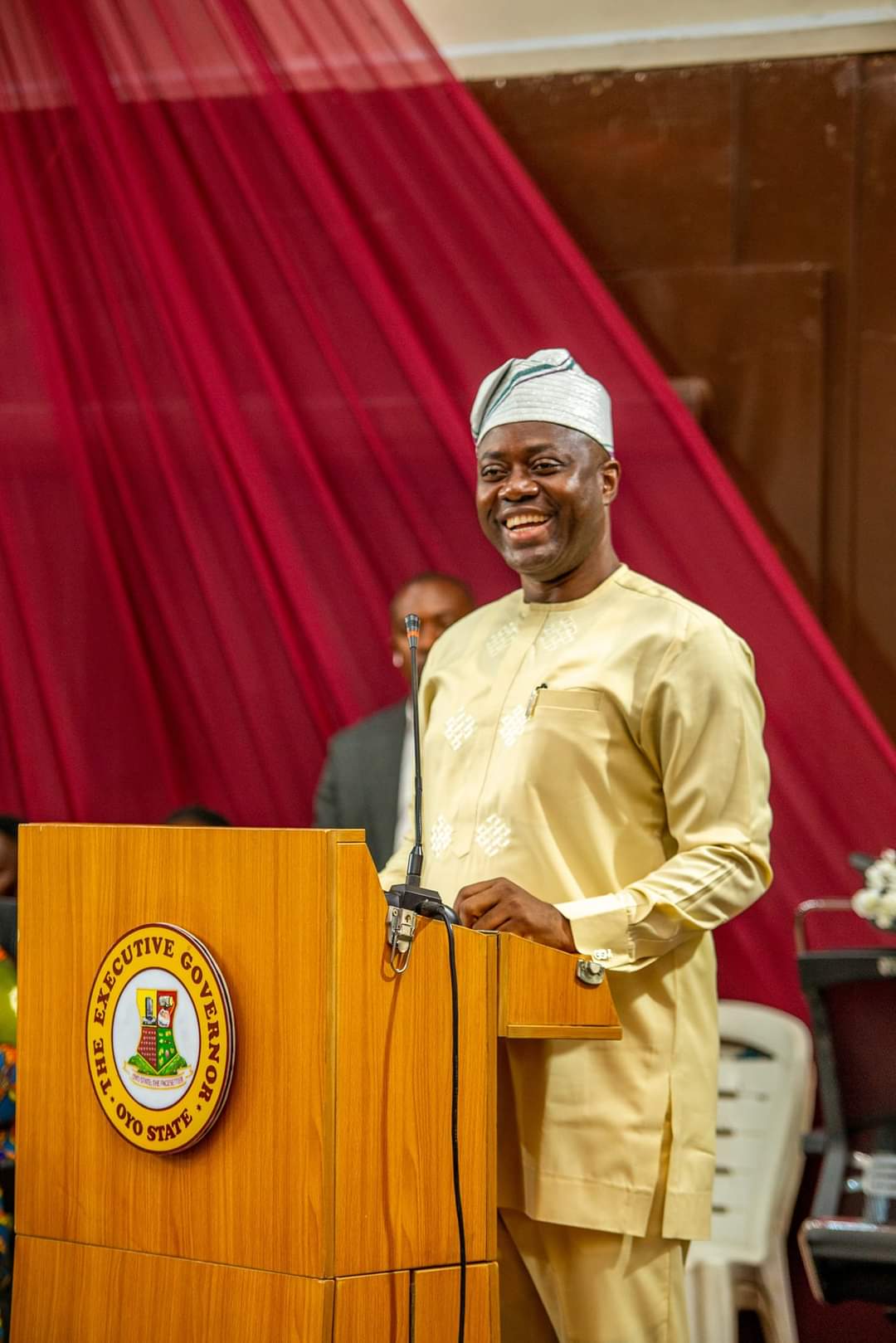 I have read countless words on social media, especially the recent political intrigues, outburst and fallout between Alhaji Olopoeyan and Chief Bayo Lawal.

I have been having sleepless night over this, and as much as I tried to keep mute, my conscience did not because the name of a man that many have described as “God-Sent” in Oyo state is being dragged into mud.

There is a need to raise my voice for fear that such malicious comments or fake stories against the People’s Governor (Makinde) may be taken on its face value by some unwary and gullible persons.

For the life of me, I had thought Coronavirus is the toughest-unsuspecting-virus everyone would ever remember but it appears that another sickness that seems rampant within a state is more chronic. That sickness is “Stomach-Infrastructure Virus”. This illness afflicts many in the Oyo People’s Democratic Party (PDP) political class along with their allies or surrogates in the media.

The crisis rocking the ruling party reached its height 6-days ago when an embattled chieftain of the party, Alhaji Olopoeyan went Gaga and dirty on social media during the visit of the party’s reconciliation committee.

He was obviously seen speaking angrily in a short video that Governor Seyi Makinde abandoned him and others after installing him as Governor. His action was a second version and very entertaining as he did months ago during a radio interview. It was an interesting movie, but a typical summary of “Stomach Infrastructure.”

Yet, not even two years have been completed since his inauguration. How can they be committed to helping him or the party win the 2023 election? How do they want him to be re-elected when the fullness of their gaze is affixed to seizing this very mandate for either “Senator Teslim Folarin or Bayo Adelabu Pekelemes” who are members of opposition party.

Time without numbers, we have seen Alhaji Olopoeyan wining and dining with these two men. In fact, his political son, Adigun Ibadan who often times attacks Governor Makinde is currently with Senator Teslim Folarin while his other followers are pitching tent with Mr Penkelemes.

They are launching attack solely because they perceive that the Governor is affecting their political business as many of them have taken politics as primary business and they know Makinde won’t allow them for Free-for-all-largesse. “Owo Ijoba ni, E je Ka Na”.

Their public outcries or maneuvers is to see themselves as clever or cunning. They are doing so because they only understand the mean craft of political intrigue. They have yet to understand the value and long-term utility of democratic governance. Thus, they embark on the strangest of quest. They would rather pull down and weaken the administration of Makinde just to gain control of their weakened edifice in order to brightening the chances of opposition candidate in 2023. Or possibly to pilfer Makinde’s mandate with an unsuspecting aspirant. This is more than sad.

Should they be allowed to sacrifice this “Omituntun” in Oyo State at the altar of their self-aggrandizement? Somehow, some way Alhaji Olopoeyan and others should find in themselves the bearing to adhere to the democratic spirit on which Makinde was made Governor by the good people of Oyo State.

For a party who was in opposition for 8 years during the reign of Late Senator Ajimobi should have learned and thread softly as not to be a forbidden fruit like APC in the 2019 general election.

It is unarguable that many people voted against APC because of the believe that people were not being taken care of. LAUTECH Students, Teachers, Civil servants, Pensioners, among others were largely affected. This, apparently led to the birth of a new dawn.

The-Will of people didn’t allow “Money” to play part during election. People revoted in one voice and delivered Makinde with their voters cards. A sword for revenge.

Such victory would naturally make, even a secondary school student, to reward in kind. And this could only be done through good governance, large concentration on people as they constitute the highest votes.

No doubt, people are really talking good about Governor Makinde. If I don’t know of anyone, I am sure of LAUTECH staff and students, Parents, Retirees, Market women, Traders, etc.

In Oyo State, average politician plays money politics. They don’t play politics of good conscience and with fear of God. A typical example was when a PDP leader known to be one of “Makinde’s strong back up” prior to 2019 Governorship election collected money from the governor with “Zero or No” believe that he will emerge by affiliating with APC and Bayo Adelabu Penkelemes. But when he/she learnt about his victory, such person quickly retracted step and expecting to reap from where doubt initially abounded.

“A sane mind will reward love with loyalty and doubt with distance”, — Oyedeji Ahmed.

“For the innocent, the past may hold a reward, but for the treacherous it’s only a matter of time before the past delivers what they truly deserve.” — Emily Thorne.

The one who gives you money to secure your support for his Political ambition would have neither respect nor regard for your person. He knew your price already. He had paid for your support and allegiance. What moral authority do you have over him again when you’ve already sold your being for a temporary advantage ? Or you would call it— a betrayer of trust? I shake my head!

I am not holding brief for Governor Makinde but I am certain that no man would ever want to entrust anything upon a man with doubt.

However, it is logical to say that Governor Makinde could be having a plan for politicians or aggrieved members next year to have a taste of his government as they felt they’ve been abandoned. May be when his administration already completed two years. But whichever way, the welfare of Oyo State People is very paramount.

Politics may be too important to be left in the hands of politicians. As such, politicians should have second address and treat politics as a hobby. And before their expectations turn to frustration, let their demands be minimal and of public, not with vested interest.

With the way Alhaji Olopoeyan was acting in the short video during reconciliation meeting, I was forced to ask if he would have given Makinde any penny if he had lost the 2019 election.

How sudden we have forgotten that it is God that gives power and not human being? Do we fail to realize that this man must have spent more than 5 billion for that election? If he had not won, would we have compensated him with any amount? Such questions keeps bubbling my mind as I watched Alhaji Olopoeyan repeatedly asking people to circulate on social media.

I could not just figure out what really made this blunt “Baba” that I naturally adore for his bravery to cry, and the way he was dishing orders during the footage. He seems not aware that the electorates in their silent majority are sitting by, watching with keen interest and waiting impatiently for the next election to exercise their franchise and make their own orders silently.

I am sad that his political son, Adigun Ibadan, whom I risked my life for as a brother by traveling from Ogbomoso to celebrate on the day he was given appointment, is attacking a finger that once fed him.

Adigun on daily basis now attack Makinde on Facebook with different attributes. He is inheriting another person’s enemy and making jokes of himself. Who knows may be he might finally be the sacrificial lamb when the gladiators chose to sheath their swords?.

Oyedeji Ahmed is an avid writer, public affairs analyst and a political commentator!
Can be reached via—
[email protected]