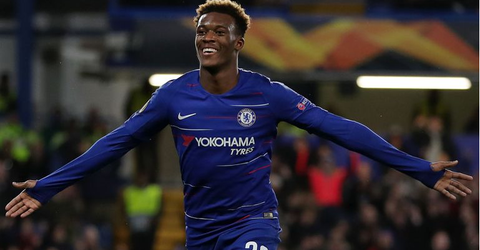 Chelsea have rejected a loan bid for Callum Hudson-Odoi from Bayern Munich.

The Champions League winners have offered to take the 19-year-old on loan for the rest of this season with an option to buy for £70m next summer.

Mouthpiece NGR reported earlier this week there had been a breakthrough in talks over the possibility of Bayern signing Hudson-Odoi.

Bayern’s interest in the highly-rated winger is longstanding. They made Hudson-Odoi a key target during the January transfer window last year when they offered Chelsea £30m for his services, and they saw a fourth bid worth around £22.5m rejected in summer 2019.

Hudson-Odoi played 83 minutes of Chelsea’s 4-0 victory over Crystal Palace on Saturday, and Frank Lampard spoke about Bayern’s interest in the England international after the game, saying his future could even be resolved on Transfer Deadline Day.

The Chelsea boss said: “I think Callum’s performance, particularly in the second half when he got more aggressive, he showed ability and pace. Callum is absolutely part of our plans here.”

When pressed on the player being linked with a move to Bayern, Lampard replied: “There is no definitive answer, we will know by Monday whether there is. Callum is our player, what Callum wants comes into consideration, it has to work for us.”