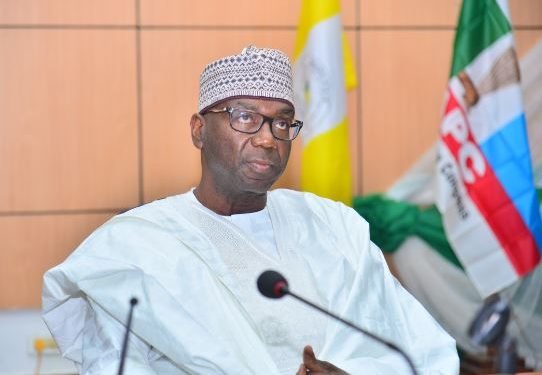 SIR: An adage says that truth is what an enemy testifies to. The filth that fills our surroundings is my concern. This capital city, Ilorin keeps growing every day but there is an unsatisfactory concern for environmental sanitary regulation. Before your administration, dumpsters were provided at almost every street of the Ilorin environment. These metal containers were abused, both by the government and the citizens. While the former gave out duty without regular supervision, the latter saw it as government property and misused it. Both are at fault.

Here your administration disposed of these metal trash cans completely, replaced them with plastics, small in size but easy to manage. My personal evaluation of these garbage cans shows that history is about to repeat itself. In order to avoid that, I urge your administration to keep on trucking until the best is achieved.

Much more important is the availability of these garbage cans. They are provided at limited places which have resulted in many environmental problems. Many communities today, as an alternative to the garbage cans, dispose their wastes at nearby primary and secondary school surroundings which shouldn’t be. Others fill their gutters with this filth. Some even take theirs to the nearby bridges, causing air and water pollutions. I personally witnessed market women heaping up trashes on the road because these bins were not available or were stuffed.

Although, from inquiry, some community committees organize weekly sanitation whereby, contributions are made to dispose of their refuse by driving them to the government-approved locations. In other communities, some shop owners pay to refuse disposers. All these are alternatives, perhaps for the privileged. What should a poor man whose daily meals are not regular do with his garbage?

Public hygiene is so essential, particularly during this pandemic. Meanwhile, an unkempt environment makes virus contagious. Knowing that the state battles malaria and other diseases, keeping our environments tidy would be a good solution. We know, cleanliness is the primary aid for good health and it’s when there is health we think of wealth.

UNICEF in 2019 reported that 162,000 Nigeria children died from pneumonia in 2018. These children died before their fifth birthday. This 19% of the total deaths of Nigerians in 2018 was a result of malnutrition, air, and water pollution which are majorly caused by this refuse. Kwara State should work vigorously to deduct her number from the next report through enough distribution of these waste cans and proper monitoring for the needed areas.

Our dear state is making it to the highest rank of advancement with worthy amelioration among her colleagues.  With this and the current breeze of peace around the state, I believe your leadership will soon drive Kwara State to the promised land