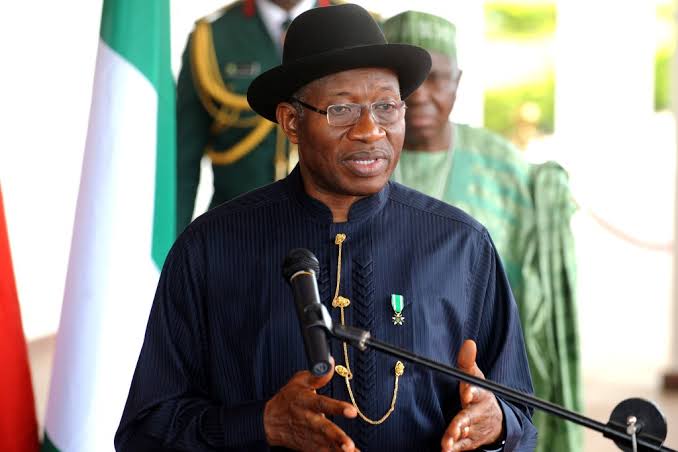 The hitherto whispered plots about Dr. Goodluck Jonathan contesting the 2023 presidential election are being revived by political strategists from Northern Nigeria who see him as a unifying force to keep the country one.

The northern political operatives see President Jonathan as a unifying force around whom a government of national unity could be built after eight years of Mohammadu Buhari presidency.

The canvassing for Jonathan, it was gathered, is being driven by a Northern governor from the Northeast who served in the Jonathan cabinet and has a deep personal relationship with the Jonathan family.

Though President Jonathan had earlier this year denied any pressure on him to contest and was focused on his foundation, very reliable sources say that the momentum for   him was building up irrespective of him at the moment.

The plot, Mouthpiece NGR learnt, was now actively being sold among the Northern establishments desperate to find a comfortable ally after Buhari’s eight years.

The attraction to the Northern oligarchy one source privy to the plot told Saturday Vanguard was in soothing ethnic tension through transfer of power to a man who few would contend with in the South.

“My brother, you know there is no way the North will support the agitation of the Southeast for the presidency, but we all know that if Jonathan comes out that the Southeast will not oppose him,” a source who is not directly involved but privy to the plot disclosed.

It was gathered that the proponents of the move believe that with Jonathan as president that Northern interests will not be harmed as they recall his pro North policies including appointments and the establishment of Almanjiri schools in several Northern states.

However, the clincher for the Northern establishment in seeing a return of Jonathan in the villa, is the add-on that a second Jonathan presidency would automatically put the North in contention to win power again in 2027.

The source who spoke on the condition of anonymity said that the mobilization for Jonathan was presently not a political partisan affair as it was not limited to the Peoples Democratic Party, PDP, the party under which the former Bayelsa State deputy governor rode on to become vice-president and later Acting President and substantive president of the country.

The northern operatives, it was gathered, were also targeting some reliable Jonathan sympathisers in the South for the project, the major ally being Governor Nyesom Wike.