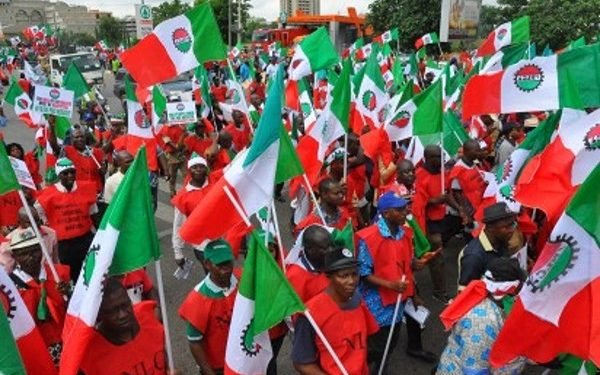 DESPITE court restriction, the total shutdown of government offices and all business activities is imminent as the industrial strike and a nationwide protest declared by the organised labour over the increase in the prices of fuel and electricity tariff commences early Monday morning.

Leading the strike and the protests in the face of the court injunction are the affiliates of the two labour centres, who have all sent directives to all their members to fully participate in the action and ensure its success.

The TUC president described the injunction obtained by the government to stop the action as a “kangaroo injunction,” obtained at the wrong time.

Comrade Olaleye said: “It is just a kangaroo injunction. It is totally wrong at this period. The court is saying we should not go on strike. Can it stop somebody from protesting for his right? That will not work. They are talking of people’s rights. As workers, we have two caps on our heads: we are government workers, and at the same time we are citizens.  If you are saying that as workers, we cannot strike, then we can protest as citizens.

“So, the court injunction will not work. They are just trying to create crisis for the government. I am sure that those who went to court to get that injunction don’t have the interest of the nation and the government, especially the president, at heart. They don’t like the president, if not, they will know that issues like these are not resolved in that manner. So, we continue to mobilise.”