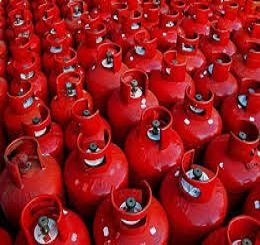 The Minister of Women Affairs, Dame Pauline Tallen, has said that tree planting would stimulate green environment and help to check the impact of climate change and deforestation in communities across the federation.

Tallen said this on Friday during the Federal Government’s launch of the National Cooking Gas Distribution and Tree Planting programme at Onueke in Ezza South Local Government Area of Ebonyi (LGAs).

She urged the local government chairmen to embark on tree planting in their areas and ensure that it became part of people’s national life.

She said that 1,000 cylinders would be distributed to each of the 774 LGAs in the country.

The minister said that the programme was targeted at indigent women and girls in rural areas.

She said that WHO’s report indicates that emission from cooking stoves kills about 4.3 million people annually through air pollution and indoor-smoke inhalation, leading to respiratory disease and death.

“This event is to create public awareness, particularly women and other stakeholders, on the dangers of using firewood for cooking their health and environmental implications,” she said.

The Chairperson of the event, Mrs Princess Ngbada, commended the federal government for choosing the state to launch the programme.

Ngbada, a former Coordinator of New Partnership for Africa Development in Ebonyi, expressed optimism that the use of cooking gas would drastically preserve the forest and reduce the health hazard of cooking with firewood.

Gov. David Umahi, who was represented by his Deputy, Mr Kelechi Igwe, hailed the programme and promised that the state government would key into it.

The state Commissioner for Women Affairs, Mr Rebecca Ogbuewo, pledged that the state government would effectively enforce the tree planting to protect the environment.

The News Agency of Nigeria (NAN) reports that the programme entails the planting of 25 million trees as promised by President Muhammadu Buhari at the United Nations General Assembly in 2019.