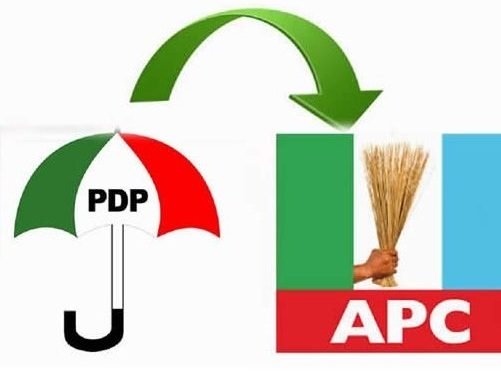 It was a mild drama on Friday as the member representing Tai-Oyigbo-Eleme Federal Constituency in the National Assembly, Chisom Dike dumped the People’s Democratic Party (PDP) in Rivers State to join the All Progressives Congress (APC) after rejecting Sports Utility Vehicle (SUVs) donated by Governor Wike.

Dike, in an exclusive interview on Friday confirmed his defection to All Progressives Congress while also admitting that he rejected his share of the Sports Utility Vehicles (SUVs) the Rivers State Governor recently gave to all federal lawmakers from the state.

“I could not accept the gift because of the deplorable condition of all the roads in Oyigbo, his primary constituency.”

Dike described the roads in his area as a death trap and impassible, noting that his people were suffering untold hardship following their inability to access the state capital.

He said the people in the area were traveling with heavy cost as a journey that was supposed to be 30 minutes would take them over two hours.

He explained that all efforts to get the attention of the state to fix the roads failed adding that the fortunes of the area had not changed despite having people occupying different positons in the state government.

He said: “The state of roads in my constituency made me to reject the car gift from the governor. I represent Eleme, Oyigbo and Tai. We have made a lot of representation to the government but none had been taken.

Currently, Oyigbo is impassable. You need to travel through two local government areas before you get to Oyigbo.

“A journey that is supposed to be 15 to 20 minutes will take you two hours. It has brought so much hardship to our people because they can’t access Port Harcourt. Our people have been mounting pressure on their representatives in the state government. They have also been mounting pressure on me to do something especially as I had represented them in the state House of Assembly for four years.

“My former party is in power in Rivers State alongside other indigenes from our area but we could not effect any change. My local government is where the PDP party chairman comes from and other leaders. Everything stops on the table of the governor and the governor has his priorities.

“We wonder why our area is not his priority. We hear about projects but the main road to Oyigbo is impassable. Our local government has many power plants including the Afam Power Plant and Shell gas plant. So, for me it is not justifiable to receive such car gift. Which road will I drive it on?”

Dike said he had raised the issue of the bad roads at the federal level adding that it was receiving some attention.

On why he defected to the APC, he said he never had access to the governor and could not discuss issues affecting his people with him.

“I was shocked when he said that because I worked for the party and he was instrumental to my going to the House of Assembly. I knew the reason why I couldn’t have access to him. So, I felt I was no longer wanted in the party.

“I consulted all stakeholders before I defected and most of them were in support of the decision. There should be a place you will have a peace of mind. I never had the peace of mind I needed in PDP. They were always blackmailing me before the governor and that explains the reason why I couldn’t have access to him.”