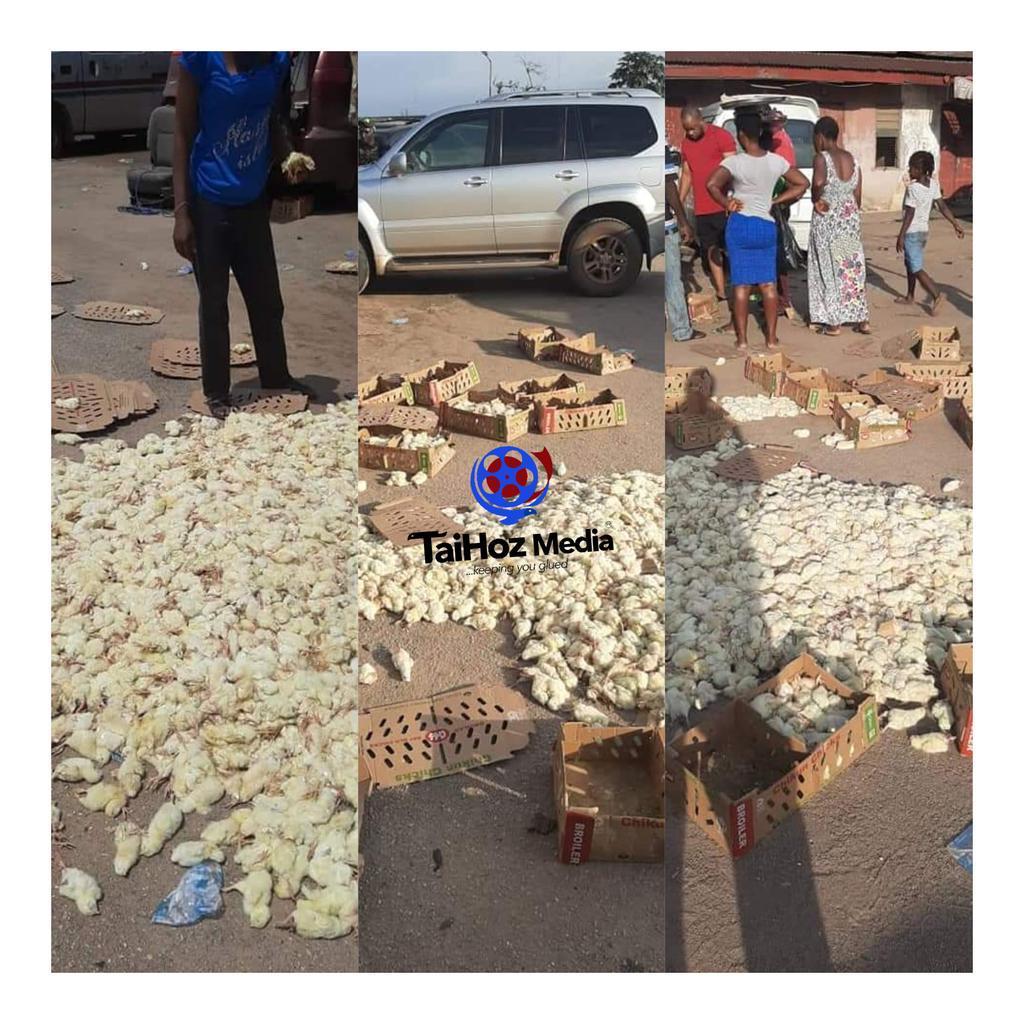 A business man in Owerri on Friday recounted his lost as Task Force impounded his car carrying day old chicken because it had no emblem.

Mouthpiece NGR learnt that almost all the day old chicks died at the scene.

The development has continued to generate mixed reactions from Nigerians.

A twitter handler said: “This is shameful. The task force guys ought to have known that this is some1’s investment. Why not accompany him to his place of business and get the emblem thing done there while saving the lives of the chicks.”

Another one also said: “This is just one of the crazy things the task force do on the road. If you never enter their trap no try am o. Benin task force mad like werey”

But a man with a contrary opinion said “I am sorry for his loss but why did he not have it with him. They are only doing their jobs, if they had collected bribe we will still be the same people that will say they are corrupt.”

One thought on “Tears, Day-old chicks died as Task Force impound car because of emblem (photos)”