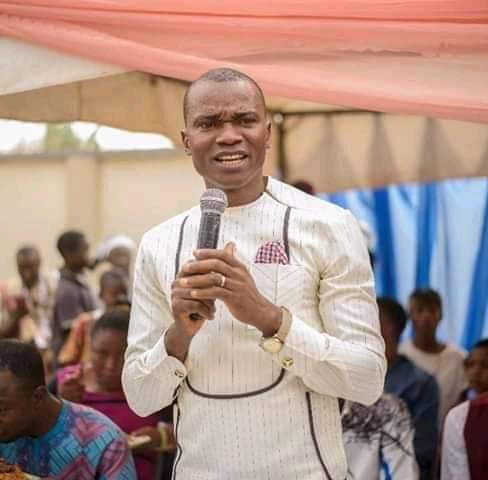 (A Peep Into Hon. Chinedu Onah’s One Year In Office)

From the United States of America where we copied democracy, a culture of marking this period of one year in office over the achievement of the elected officials into public offices since the days of Franklin Roosevelt in 1933 has come to stay. Every serious government or elected official has always taken this period as a litmus test challenge case for their regime.

To the best of my knowledge, the expectations of the people within this period is not to see massive infrastructure, but a pragmatic and realistic clear cut program or blueprint of such elected official so as to enable the people to key into the mission and vision of such an elected leader.

For Hon. Chinedu Onah, he left no one in doubt from the day he indicated interest to represent his people in the Hallowed Chamber of the Ebonyi State House of Assembly that he is the man for the job.

If anything, his antecedents gave the people the undying belief that he will give them the effective representation they so much deserve but for which they have not had for sometime.

Having given him their mandate, the onerous task of speaking eloquently and assuredly for them, the people of Ohaukwu South State Constituency, one year after, have had no regrets whatsoever on the man on whose shoulders they placed the huge responsibility of carrying their hopes and aspirations.

Today, that man, Hon. Chinedu Onah, a man who believes in the equitable distribution of resources, catering to the welfare of all regardless of who is involved is a year old in the State House of Assembly .

Distinguished Honourable Chinedu Onah may not have really had the kind of smooth-sailing time he envisaged in the House given the economic downturn that greeted his early days in the legislative house, but despite that setback, he has still acquitted himself creditably much to the delight of even his staunchest critics.

One year on, the Distinguished State Legislator has painstakingly kept his eyes on the ball, striving daily to ensure that he does not let down his people whether in speaking to draw attention to the needs of his constituents or attracting developmental projects to the area.

His unwavering desire to offer  top-notch representation to a people who so yearned for such has continued to propel and drive his engagements in the House.

As he clocks one year in office as a member Representing Ohaukwu South Constituency in the Ebonyi State House of Assembly today, the good people of Ohaukwu South can look back, thumping their chest in acclamation that indeed, their decision of giving their mandate to a man famed for his philanthropic gestures was, at any rate, a felicitous one.

Having been shorn of a potent voice in the House of Assembly in the recent past, the people of Ohaukwu South Constituency are now proud and can walk the streets with shoulders high knowing fully well that their fortunes in the State’s lawmaking matrix has taken a turn for good.

What is more important in this past one year is the fact that Honourable Chinedu Onah has lived up to what his people know of him of: a passionate leader whose quest for remarkable results is unrivalled.

At no time has he left the people nursing any thoughts that verge on why they chose him for a time like this. He has, by every stretch of assessment, been the square peg in a square hole that has always defined his private and public life.

From any prism one wants to appraise the one year legislative engagements of Hon. Chinedu Onah, one thing that cannot be waved away is the incontestable fact that he has restored the lost voice and hope of his Constituency in the House of Assembly by not only contributing meaningfully and intelligently to debates when the need to do so arises, but by also keeping a close touch with them at every point in time.

He has proved not to be a bench warmer despite the fact that he is just a first timer in the House, as he always stands tall and admirably make his contributions in the floor of the House.

Within the last one year, Honourable Chinedu Onah has:

=> Given Scholarship to 10 of his Constituents in different tertiary institutions across the country.

=> Organized a  Townhall Meeting for his Constituents. The first among his Honourable Colleagues in the 5th Assembly.

=> Assisted 20 of his Constituents to offset their Medical Bills in different Hospitals within and outside the State.

=> Sponsored 150 Youths of his Constituency in ICT Training

=> Enrolled 10 of his Constituents in different Skills Acquisition Programs

=> Visited the victims of April 18th Military Invasion in Umuogudu Akpu Community in Ngbo, a community in his Constituency with food items, clothings and financial assistance.

=> He was equally not found wanting during the lockdown occasioned by the Covid-19 pandemic as he doled out numerous palliatives to mitigate the hardship arising from the stay-at-home season, with particular reference to over 20 families he personally visited recently with food items, clothings and financial assistance.

=> Plans are underway to put roofs over the head of 2 of his Constituents, among other things too numerous to mention.

It is worthy of note that the neither Honourable Chinedu Onah nor any of his Honourable Colleagues in the 5th Assembly has received a dime in the name of Constituency Funds ever since they were elected. All that he has so far done and has been doing, are from his personal purse.

Apart from gifts and assistances which he gives to his Constituents at countless mention, Hon. Chinedu has remained in close touch with his constituents. His open-door policy has further cemented the telepathic camaraderie he has always had with his people.

His legislative net has also effectively captured the needs of the less privileged people within and beyond his Constituency in a manner that has brought animated smiles to the faces of these ones. The youths have not been neglected either. The elders, women have all been touched whether directly or indirectly by the legislative brilliance of Hon. Chinedu Onah.

With his heartwarming strides in just one year despite the seemingly restrictions and drawback occasioned  by overbearing intervention of the Executive arm of the government in the Legislative affairs of the House which is not allowing the elected Legislators to enjoy the benefits and privileges they are Constitutionally entitled to, the good people of Ohaukwu South Constituency can look into the future with optimism knowing full well that in Hon. Chinedu Onah, they have a lawmaker who knows his onions, has their interests at heart and is poised, more than ever, to make the remaining three years a worthwhile one for his teeming constituents.

This is a task for which he has committed himself to and will stop at nothing in giving the best to his people. All he needs is the continued support of his constituents and prayers as he continues to effectively represent them at in the State House of Assembly.