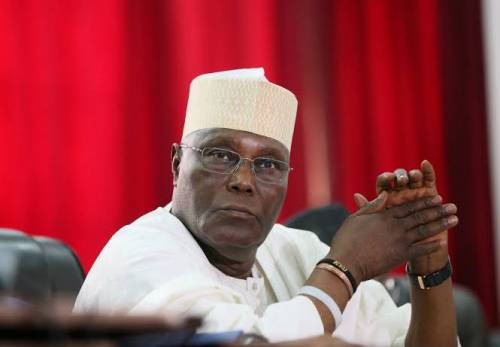 After the sacking of about 46 staff on workers Day from one of the companies owned by the Ex-Vice President, Atiku Abubakar, another company has also relieved about 400 staff of duties.

Gotel Communication is a television and radio broadcast conglomerate transmitting from Yola, the Adamawa State capital.

The affected staff were handed their respective sack letters on Friday, the Workers Day.

On Monday, about 400 staff were also sacked by the American University of Nigeria owned by the former Vice President, Atiku Abubakar.

President of AUN, Dawn Dekle, signed the sack letters sighted by this medium stating that the university no longer required the services of the affected staff.

This comes three days after another of Atiku’s companies, Gotel Communication, a media outfit, sacked 46 staff on Workers Day.

President of AUN, Dawn Dekle, signed the sack letters seen by SaharaReporters, stating that the university no longer required the services of the affected staff.

It was gathered that some of the disengaged workers were fired without severance benefits despite serving the university for about 10 years.

He said, “Ask them to show you their disengagement letters.

“Until now, AUN has operated a student-staff ratio which balance had continued to affect the sustainability of the university

“It would not be realistic for AUN to continue to anchor its administrative structure on an over-bloated personnel whose role do not have significant effect on the philosophy of a development university.

“Thus, consequent upon the university’s new Governing Council vote to restructure the institution in line with its agenda for sustainability, a process of workforce rationalisation had been in the pipeline.

“It is now time for the university to look back, look around and look ahead to ensure that realistic and globally competitive administrative practices can be achieved in structure, strategy and focus.”