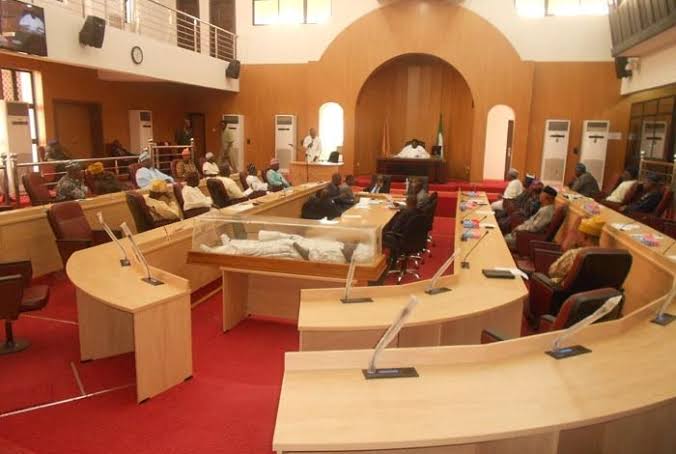 According to the resolution of the Osun House of Assembly passed on Monday, 4 May, 2020, obtained by our Correspondent on Tuesday, the house of Assembly under the leadership of Rt Hon Timothy Owoeye, at plenary after receiving the report and recommendations of the joint Committees on Local Government and Chieftaincy Affairs and Judiciary, Legal Matters, Public petitions and Human Rights asked that the Chairman should handover to the Vice-Chairman, Hon. Adeyeba Ayoola Ebenezer for a period of two months.

The letter emphasised that the Joint Committees of the House having examined and investigated various allegations levelled against the chairman of Ife North via-a-vis his response, found him wanting of the allegations of gross misconduct.

The letter read, “That after a thorough deliberation on the notification of “Vote of No Confidence” passed by the Parliamentarians of Ife North Local Government on the Chairman, Hon.

Taiwo Hassan Orosanya and submitted to the Honourable House, the State of Osun House of Assembly hereby resolves that Hon. Taiwo Hassan Orosanya, having failed to explain to the satisfaction of the House how substantial funds of the Local Government were expended was found guilty of gross misconduct levelled against him, should vacate his office as Chairman of the Council and landover to the Vice-Chairman (who will function in acting capacity) for a period of two (2) months effective from Monday May to Friday, 3 July, 2020 in line with the provisions of section 11 of the State of Osun Local Government Areas (Creation and Administration) Law, 5″.