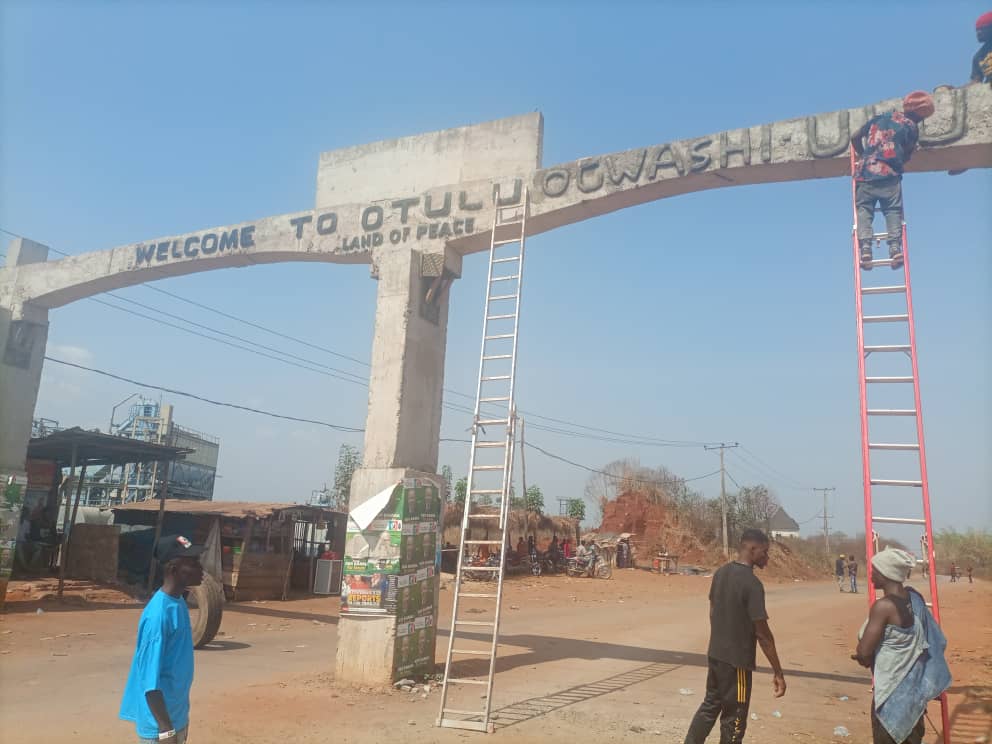 There was widespread jubilation today, January 25, 2023, in Otulu-Ogwashi-Uku, as community members came out in droves to dance and celebrate with their newly appointed Chief Okwabani Anthony (Tony) Enurah.

Today also marked the day when the signage at the entry gate of the community was changed from the illegal name of Otulu Ugo back to its correct name of Otulu Ogwashi-Uku.

This is following a letter from the Aniocha South Local government who responded to a letter written by the Chief of Otulu Ogwashi-Uku requesting that the illegally changed name be reverted back to its correct legally and lawfully recognised name which has been the name for over 300 years.

In the letter which was seen by our correspondent, the Secretary to the Aniocha South Local Government, Prince Emordi Okonjo wrote as follows: ‘The Aniocha South Local Government Council has received the above letter from you regarding the illegal activities of the above named persons who have tried to change the name of your community to Otulu Ugo.

“We agree with you that this attempt to change the name is not only illegal, it is likely to cause serious civil unrest in the community.

“You are free to return any illegally changed name back to the proper name of the community which is Otulu Ogwashi-Uku. Please ensure to inform the Divisional Police Officer if you have any challenges. It is important to ensure that peace is maintained in Otulu Ogwashi-Uku and you should work with the police to ensure the security of the lives and property of all your community members. This is one of your primary responsibilities.’.

The change in the signage and letter from the Aniocha South Local government puts a nail in the coffin of the land grabbers led by one Francis Oduwanor Odiakose aka Medolue and his brother Christoper Nduka Odiakose aka Big fish who unilaterally attempted to change the name of the community using brute force and supported by suspected cultists and terrorists.

Recall that these are the same people who attacked the Obi of Ogwashi-Uku when he visited the community in 2021.

When contacted on the new development, the Palace Secretary of the Ogwashi-Uku Kingdom confirmed that all was going well with the recovery of the community.

He expressed his sincere gratitude to the governor of Delta State, Senator Dr Ifeanyi Okowa who he stated was against all illegalities and stood firmly by the members of the Ogwashi-Uku community.

He also expressed gratitude to the Delta State Police commissioner who assisted in ensuring peace and security in the entire Ogwashi-Uku Kingdom.