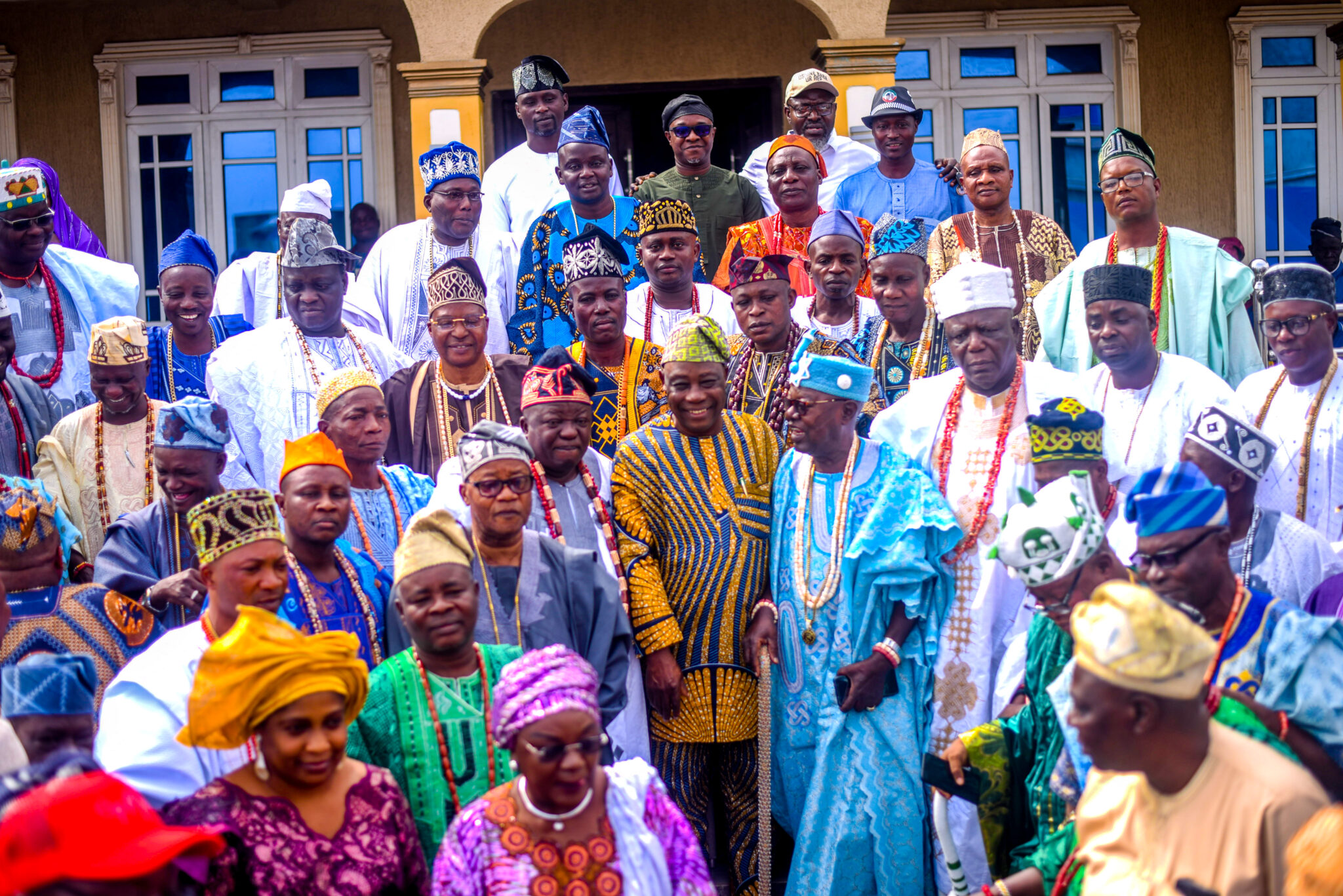 The Deputy Governor of Oyo State, Barrister Bayo Lawal has solicited the support and blessings of  traditional rulers from Oke Ogun Zone for his principal, Governor Seyi Makinde and all candidates of the Peoples Democratic Party PDP ahead of the 2023 general elections.

The deputy governor according to a statement signed by Omolere Omoetan Senior Special Assisitant Media was at the palace of Okere of Saki, Oba Khalid Olabisi Ilugbemidepo 1 where all other traditional rulers were in attendance sought their support for the re-election of Governor Seyi Makinde in March 2023.

Lawal said his visit to the palace of Okere of Saki was borne out of the desire to reciprocate the  visit of all the monarchs from Oke Ogun to the Governor’s Office when he acted as Governor at the time his principal was on sabbatical.

“I want to assure you that  Oke Ogun will receive more developmental projects in Makinde’s second term, in spite of the current economic challenges across the nation.

” The present administration in Oyo State is all about development, adding that the last three and half years had been dedicated to executing projects across the state, particularly Oke Ogun  to help the poor.

Lawal however said that the second term of this present administration is about ‘Sustainable Development’ which will revolve around progress and unprecedented development, appealed to the traditional rulers to rally support for all PDP candidates in their domains to ensure seamless operations and synergy among all the elected candidates from the party.

“You need to rally your subjects to come out en-masse, vote and protect their votes to ensure we come out successful in the election, so we can continue on the path of development. This election is all about Sustainable Development.”

In their separate remarks, the Aare of Ago Are, Alapata of Igboho among others called on the government to prioritize the welfare of all traditional rulers.

They urged the governor to look into the composition of traditional council and decentralize it for smooth and effect operation.

Also speaking, Senator Monsurat Summonu lauded the monarchs for their support for the present administration since 2019. She however urged them not be swayed by opposition candidates who do not have the interest of the people at heart.

In his remarks, the State chairman of the Peoples Democratic Party, Hon Dayo Ogungbenro described Governor Seyi Makinde and his deputy, Barrister Bayo Lawal as lovers of Oke Ogun adding that the future of the zone is better secured under the PDP led administration.