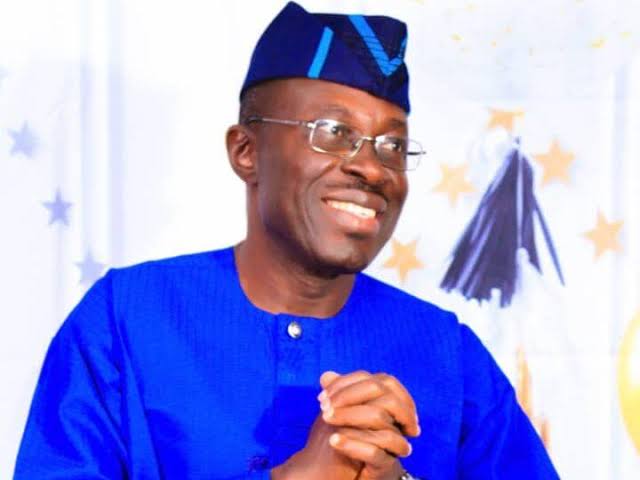 The ruling PDP in the state made the disclosure today in a press statement by its State chairman, Honourable Dayo Ogungbenro and made available to journalists by its State Publicity Secretary, Engr Akeem Olatunji on the heels of Amb Arapaja’s 64th birthday celebration.

Ambassador Arapaja was a former Oyo State Deputy Governor in the administration of Late Otunba Alao Akala led PDP administration between 2007 to 2011 and a former Nigerian envoy to the republic of Jordan and has been a long standing PDP member.

According to the party, Arapaja has mentored so many young politicians into the mainstream both at the state and national politics as well as providing the needed politicial leadership for his mentees.

His achievements in politics and government could not have been accomplished without his vast knowledge and understanding of the political landscape and terrain at the state, regional and national levels having been an active PDP member since 1999.

The party noted that Arapaja has constitently given Oyo state an enviable leadership representation in all political capacities and assignments he has been entrusted with over the years.

The ruling PDP maintained that Governor Seyi Makinde and the Oyo state PDP were right to have invested such level of trust and confidence in Amb Arapaja and his political leadership prowess.

“We want to as a party and family, join other well wishers in the state, across Nigeria and all over the world, to celebrate a political juggernaut, a grassroots mobilizer, and leader of leaders, Ambassador Oladejo Taofeek Arapaja, the National Deputy Chairman of our great party on the auspicious occasion of his 64th birthday celebration today.

“He has shown to us all and the rest of the world how to be a very fine, trusted, loyal, dependable, and committed political ally, leader and mentor. There’s no gainsaying stressing that our overall leader, Governor Seyi Makinde and the leadership of PDP in Oyo state and the entire southern Nigeria were right to have given him the mandate to be our face and voice at the national level of our great party.

“We’re more than proud to have such a political juggernaut and core grassroots mobilizer in our party. We can only pray that God in his infinite mercies and grace grant our leader more and greater political achievements in good health and sound mind, and most importantly, long life.” The Oyo PDP stated.