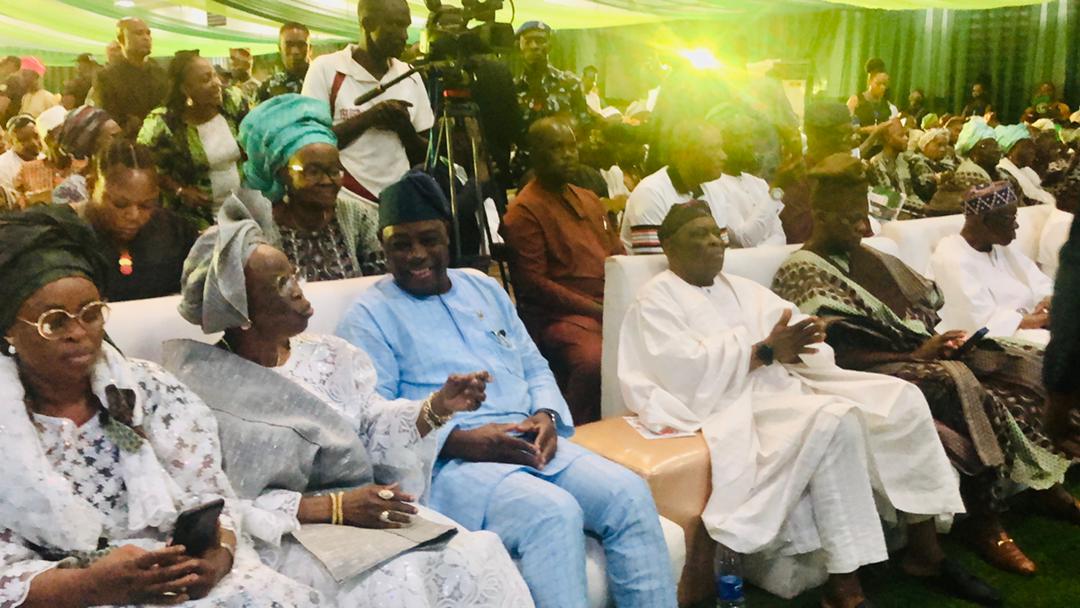 The current deputy governor of the state, Bayo Lawal, who served under the former governor as the Commissioner for Justice and Attorney General of Oyo State between 1999-2023, described him as a freedom fighter of democracy.

Lawal said that Baba Lam Adesina’s stories are tremendous beyond any human description due to his enormous achievements and influence in both the political and state spheres.

He emphasized that Lam Adesina is “Ajanaku” in politics and the environment, saying that no one knows him better than he does as a result of the incident that occurred in 1998, to which His Excellency, Barrister Iyiola Oladokun can attest.

He said that Lam Adesina is someone who was put in prison due to his love for people and his fight for their freedom.

Lawal stated that despite this, he was undoubting in his democratic demonstration.

“Today, I’ve seen that he has many sons, and the presence of various political parties here cuts across different political lines.

His Excellency, our governor, Seyi Makinde, would have also been here but for his unavoidable absence, he offered his heartfelt wishes to all of the family members and and also extended his prayers.”

The event which was dominated by candidates and members of All Progressives Congress also had Senator Sumonu Monsurat, Teslim Folarin, Senator Olufemi Lanlehin and other political gladiators in the state in attendance.