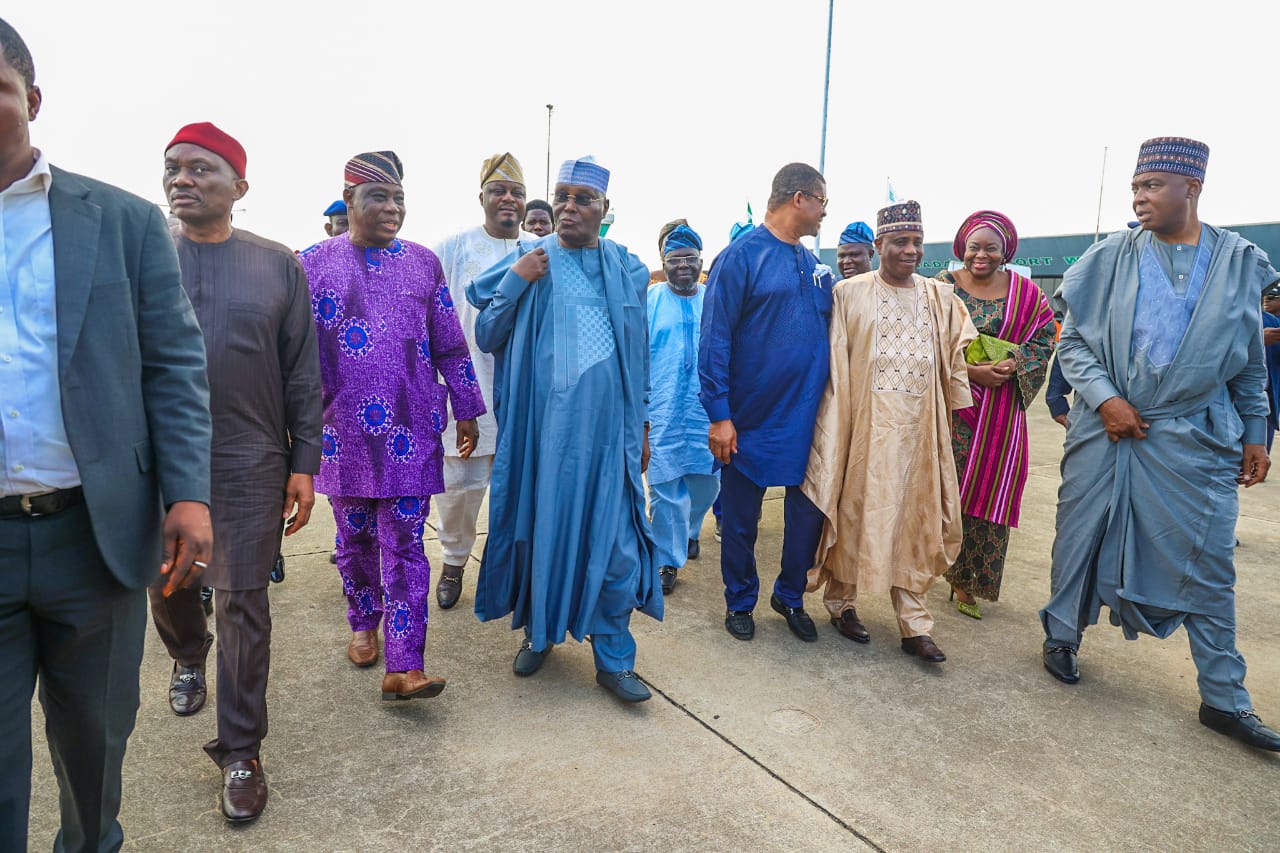 In the last outing of Adeleke’s inauguration, the Oyo state government has finally bid a farewell to the presidential candidate of Peoples Democratic Party, Alhaji Atiku Abubakar, who had traveled to the state of living spring, Osun state, via Alakia airport in Ibadan on Sunday.

Lawal, who was accompanied by other state government officials, including the Special Adviser to Governor Makinde on local government and chieftaincy matters, Hon. Kazeem Adeniyi Adeyinka Bibire and new member of the party, J.S. Amodu from Kishi, had earlier been seen in a -tete-a-tete with the former Vice President, Atiku Abubakar for some minutes.

MOUTHPIECE NGR recall that Gboyega Oyetola of the All Progressives Congress’s four-year stint as governor of Osun state came to an end earlier today, and Senator Ademola Adeleke was sworn in as the next governor for a term of four years.

The outgoing governor, who is up for reelection, was soundly defeated by Adeleke, who was declared the winner of the Osun governorship election by the Independent National Electoral Commission.

Ifeanyi Okowa, the vice presidential candidate, Iyorchia Ayu, Aminu Tambuwwal, the governor of Sokoto State, Ex-senate president, Bukola Saraki, Liyel Imoke, and Dino Melaye were among the noteworthy figures in the PDP presidential candidate’s entourage that were bid farewell at the Alakia airport at around 3:224 p.m.