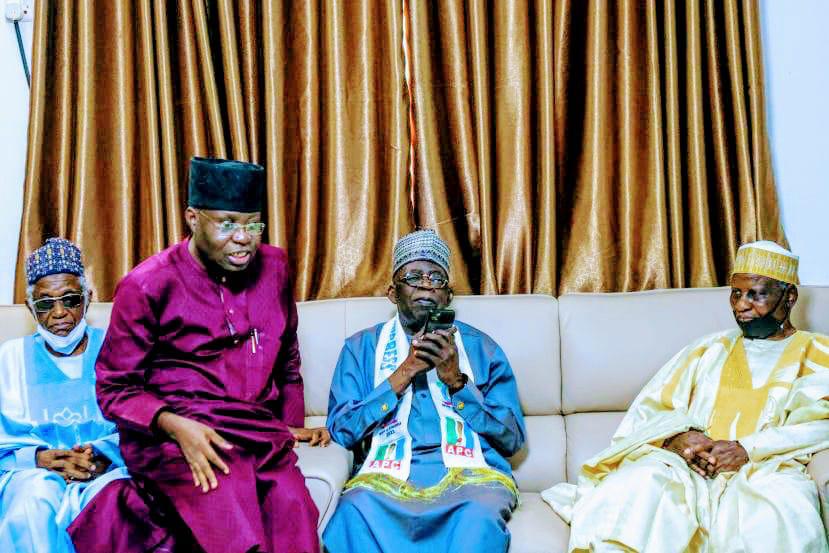 Asiwaju Bola Ahmed Tinubu has not just emerge in the political scene like a relevant ghost with no traceable features that can be linked to his person.

Uniqueness, is not about whom you are. That is perception. But more of what you do.

Tinubu, is a goldfish in a gold bowl. He is an epitome of a malleable man, more like a metal like gold that is always willing to be little. It may come as the news of the year that much as he is willing to dip his hands unto his pocket to personally bankroll his campaigns, good spirited people to whom he is beholden will sprightly rise up to pick the call. Here, he is a lone candle that has light up numerous others. And he is not resting on his oars.

He typifies a real man that smiles when he is beset with troubles, where others laments, he looks out for solution. Another reason why Lagos state is best among others. He gathers strength by distress and brave by reflection.

One essential quality that astounds many people is his forgiving spirit. He will rather be hard on himself and soft on others. When you do anything to unsettle him and think forgiveness is far away, he merely lòok away and move on and his loyalists soar in number in line with Josiah Royce’s concept of what makes a man sticks to another like a glue in his popular book the “philosophy of loyalty”.

When someone recently donated what some people will call a peanut to oil the wheels of his campaigns, I was able to fish out the person and his response was mind blowing. “I may not have much sir, but I just felt like lifting up the man who revels in lifting up others”. I was humbled!

Asiwaju’s joy is in ensuring that you put your brain in full throttle. He loves to be surrounded by people, like Jose Miguel says, “who know better”.

He is on top of the game also because he reads always to be more. He ensures there is inexhaustible supply of books on diverse subjects on his shelves.

A charismatic leader doesn’t rest until they model others for better output. They lead from the back and allow others to take the lead. This servant leadership style makes the Jagaban a leader, second to none.

One other unique aspect of Tinubu is his natural ability to wear a thick skin at rumour mongers rather than trying to proof himself right. Facts are sacred, he believes and the truth shall always prevail.

Moreover, he is a calculating and focused philantrophist who helps the less advantaged and donates heavily to any worthy cause. His recent one billion naira donation to Lagos state University to set up a center for leadership development will remain a watershed.

Integrity is his watchword which he keenly guide as Mariner watches the poles.

It bears repeating that one should not easily forget his self awareness which makes him exudes confidence that whatever he touches will turn to gold.

Strategic and critical thinking makes him always a light year ahead of others. He is highly cerebral and he clinically watches his steps.

Humility is one rare asset you can’t snatch from him. Inspite of the arrogance allegation whirling around, Asiwaju is as humble as a worm.

He is a team player anytime. He shares ideas with his subordinates and bows to superior arguments. These communication advantage further endear him to many.

With these covetous qualities and others, it is glaring, Tinubu is a leader to watch.The best man the country can’t wait to have as President.