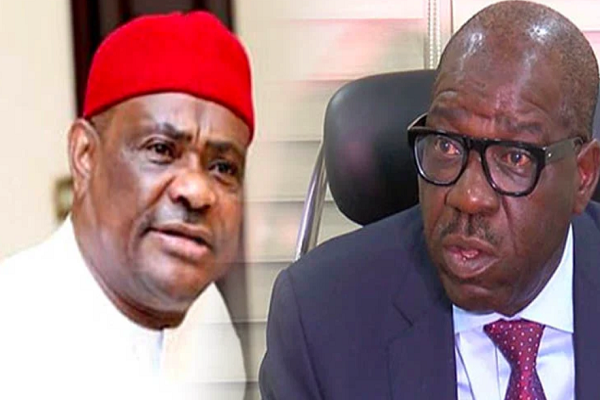 Rivers Governor Nyesom Wike has descended heavily on his Edo counterpart, Godwin Obaseki, describing him as a serial betrayer and ungrateful person.

Wike, who rubbished Obaseki’s diatribe against him, said Edo Governor’s former godfather and former National Chairman of the All Progressives Congress (APC), Adams Oshiomole, had been vindicated.

He tendered an unreserved apology to Oshiomole for ignoring his warnings about Obaseki saying everything Oshiomole said about the character of the Edo Governor had come to pass.

“If you ask anybody or check the DNA of Obaseki, you will discover that he is a serial betrayer and an ungrateful person.

” I apologise to Oshiomole who told us about Obaseki. You have been vindicated,” he said.