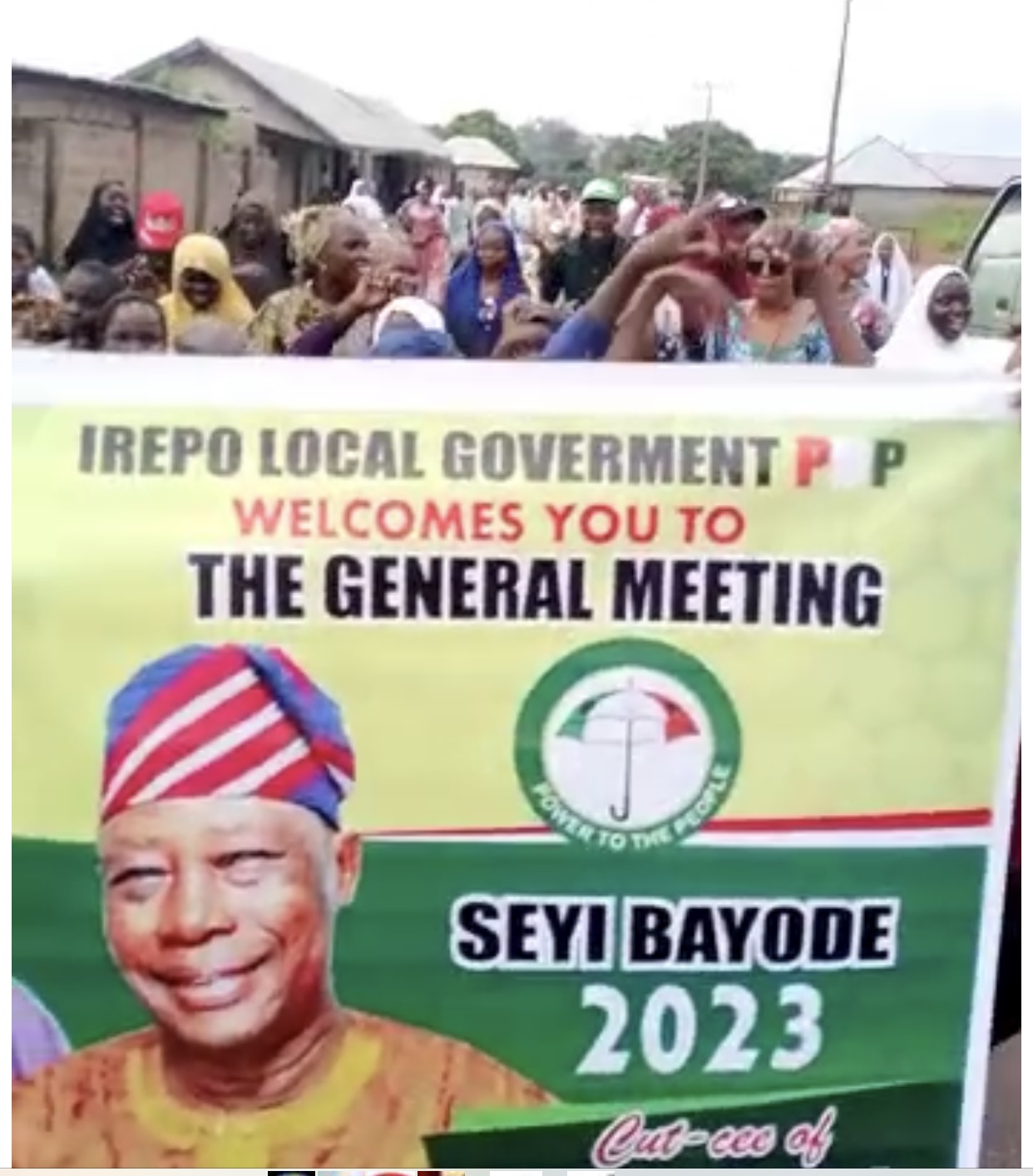 On Friday, the residents of Kishi Town, Irepo Local Government, joined thousands of other organizations in supporting Governor Seyi Makinde and Barr. Bayo Lawal for reelection.

Despite the intense downpour, it was gathered that the crowd also attended the Peoples Democratic Party (PDP) general meeting in Ward 06, the Deputy Governor’s Ward.

Irepo PDP commended the governor for his special affection for them, which he has continued to show via significant infrastructural development, appointments, peace and security, during his speech.

They claimed that among other things, Makinde’s administration built and opened primary health centers and contemporary classroom buildings, provided free education, and created jobs for the community, adding that “there is an ongoing project of Tescom office, Light up program nearing completion in our community.”