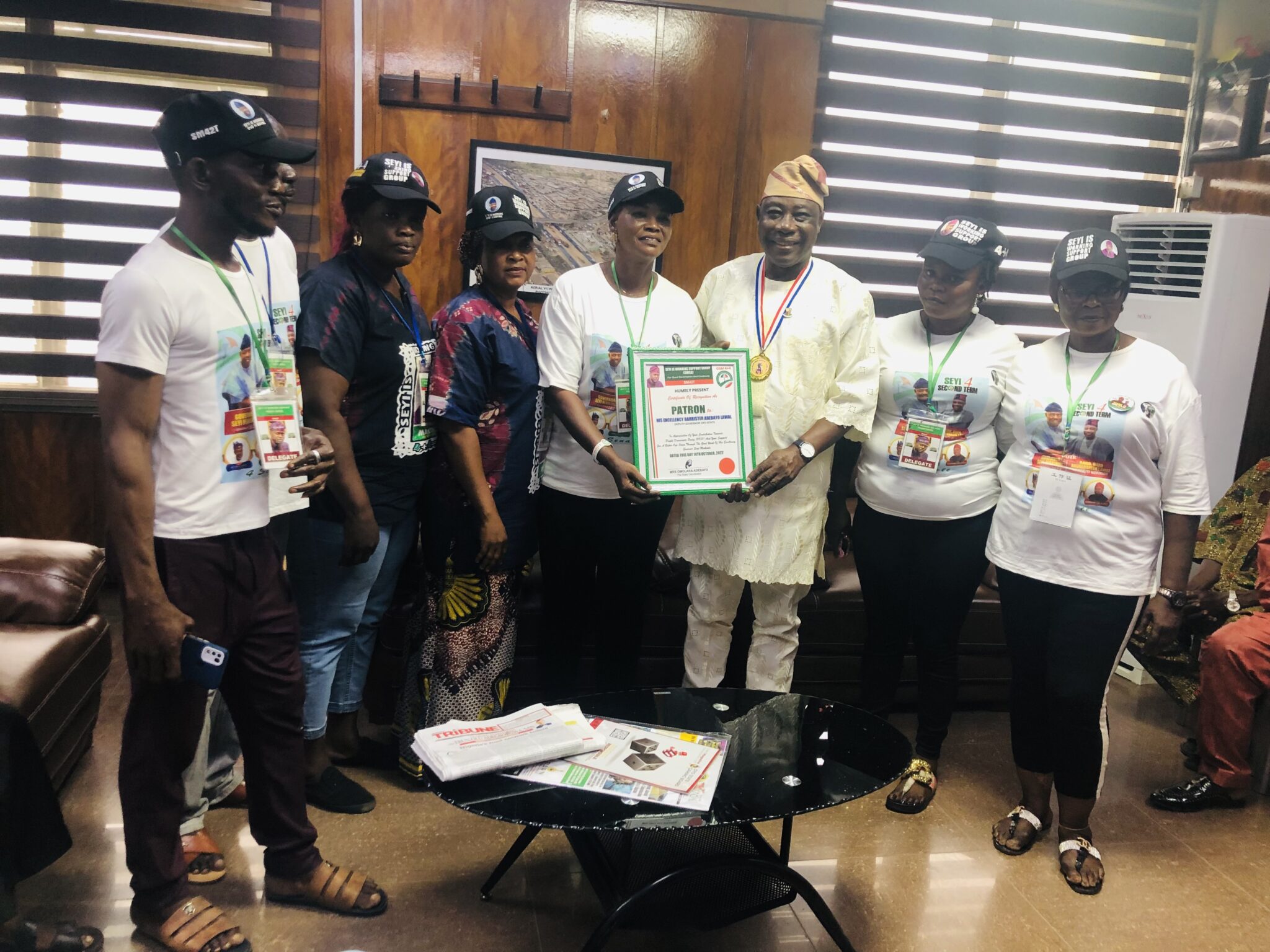 In order to congratulate Barrister Adebayo Abdul-raheem Lawal on his new post, Omolara Adebayo, also known as Iya Arugbo, led members of her political support group for the re-election of Governor Seyi Makinde on Tuesday to his office.

They claimed to have come to pay him a courtesy call since he is a leader par excellence, a true Omoluabi, and a blessing to the state of Oyo.

The group coordinator explained that when she first met Bayo Lawal, she realized that he is a good man with a kind heart, just like Seyi Makinde, and that’s why she had instructed her team members to pay him a courtesy call.

The deputy governor, Bayo Lawal, thanked them for their visit and specially appreciate them for their patience for being around since morning and had to wait for him till evening.

He also praised them for backing him and standing up for Governor Makinde and assured them that their interests would be safeguarded and that they would gain from this government.

“I want to reassure you that you should not be hesitant to ask for anything you could need. I’ve always been proud of this position, and Governor Seyi Makinde has always supported me in it.”

“Whenever someone comes to me, I always advise them to be patient and assure them that the governor will be notified of their request.”

“There is nothing I could possibly ask His Excellency for that he wouldn’t grant me, as I usually say. He is even the one who consistently reminds me of my requests from him and always grants them. His Excellence is indeed a God-sent-man.”

“As election day draws near, let’s cooperate to make sure that Governor Seyi Makinde wins the forthcoming election. Just like I constantly tell the monarchs to strive towards Governor Makinde’s victory, I so anticipate that you will work diligently as well.

“Whatever you need, just come to me like I stated earlier. God will be with us”.